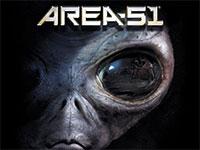 Where are the Extra-Terrestrial Aliens?

What started as a joke on Facebook has attracted visitors from all over the world to a tiny, desolate Nevada towns.

Matty Roberts, a video game streamer, created the event on Facebook on June 27 as an innocent joke, unsuspecting of the incoming viral attention the event would  receive.

“Storm Area 51, They Can’t Stop All of Us”  was the Facebook message that promotedthe event that took place on the 20th September at Area 51, the American   “secret” air force facility that supposedly harbours extraterrestrial life.

More than 2 million people responded on the event’s page saying “going” and 1.5 million said  “interested”, this attracted a  widespread media reaction that made the event an Internet meme.

Naturally this prompted government officials to be briefed in order to  discourage any attempts to enter the base. Law and enforcement departments were also put on the alert to stop any attempts of trespassing on to military territory. All this excitement, caused by a pure and simple internet joke, also affected businesses in Nevada and surrounding areas which lost no time in making preparations for  the arrival of thousands of visitors to the event This included the organizing of two music festivals, causing even more concern to the police in case these events  became problematic.

In reality fewer than 200 people were reported to have shown up at the entrance to Area 51, and no-one attempted to pass the gate, but an  estimated 1,500 attended the related festivals and only two people were detained.

Area 51 has been the subject of many conspiracy theories regarding aliens since the  1950s, when some individuals reported seeing UFOs at the base. Conspiracy theorists believe aliens, UFOs, or secrets related to them are stored at Area 51.

What  make it suspicious is that in June this year The Pentagon provided a briefing on UFOs encountered by Navy pilots to members of Congress. While also President Donald  Trump had been briefed on UFOs. Alas Area 51 remains a secrets and the Aliens did not have the decency to come out and greet the visitors anxious to meet them.