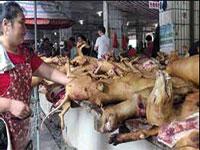 What about a roast DOG for dinner?

The good news is that the pressure created by animal protection groups has managed a significant victory in Korea resulting in the closure of the largest dog meat slaughterhouse in South Korea.

The pressure is now mounting to make the consumption of dog meat illegal. A survey by Gallup Korea conducted in June 2018 shows that 70 percent of South Koreans say they will not eat dog meat in future, and a series of recent moves to curb the dog meat trade reflects a society increasingly ill at ease with the industry.

Can you imagine eating you loyal friend? Roughly 20 million dogs are killed for consumption each year in China, making the People’s Republic the world’s largest consumer of dog meat.

Dogs for eating are not vaccinated, so they are illegal to transport or to sell; however, despite this, approximately 20 million dogs each year are slaughtered for consumption. This should highlight the hypocrisy and lack of hygiene and controls in that country. 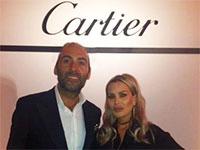 BB EVENTS is MARIO MONTELLA
Mario Montella is a successful entrepreneur specializing in luxury events with more than 20 years experience.
Did you know that..?