MetroEmpty-nesters ‘resent live-in adult children’. Parents whose adult children return to live in the family home suffer stress and conflict, a new study has found. So-called  ‘emptynesters’ showed lowered quality of life when their children lived with them, according to researchers at the London School of Economics. The study analysed data from people aged between 50 and 75 from a total of 17 European countries, not including the UK – but it is thought British data would be similar. The Economist

Bezos world's richest man - but Trump sinks. Jeff Bezos has been named the richest man on the planet. The Amazon founder has hit the top of the list of the world’s super-wealthy with a personal fortune of $11bn, according to the latest annual rankings from Forbes magazine. Meanwhile, Donald Trump has sunk more than 200 places, with his fortune shrinking by more than $400m (£287m) to $3.1bn over the past year. BBC

Facebook announces move into dating. Facebook has unveiled a dating service at its annual F8 developers conference in San Jose, California. Mark Zuckerberg said that the match-making feature would consider privacy issues and would launch "soon". He added: "There are 200m people on Facebook who list themselves as single." The social network’s founder admitted that 2018 has been an "intense year" for his firm. The Guardian

No sex please, we're millennials. One in eight 26-year-olds are virgins, a significant rise from previous generations, for whom one in 20 was the norm. Psychoanalytic psychotherapist Susanna Abse said: "Millennials have been brought up in a culture of hypersexuality which has bred a fear of intimacy." Researchers have tracked 16,000
young people born in 1989-90 since they were 14. The Sunday Times

The EU budget. The European Commission has opened what is expected to be a long and arduous re-negotiation of the EU budget, unveiling plans for higher spending and controversial cuts to farming subsidies. Commission President Jean-Claude Junker has set out a financial blueprint of €1.279trn for 2021 to 2027. Politico says this “smashes through the previous budget cap of 1% of the bloc’s gross national income” and seeks to push overall spending to around 1.1% - even as the UK and its 65 million people make their Brexit. Daily Mail

The happiness index. Finland has overtaken Norway to become the happiest nation on earth, according to The 2018 World Happiness Report from the UN. Figures from the Office for National Statistics suggest people in Britain have become happier in recent years. But the UN ranking places the UK in a lowly 19th place, the same as last year, but behind Germany, Canada, Australia and the USA, although ahead of France and Spain. The top four places are taken by Nordic nations, with Finland followed by Norway, Denmark and Iceland. The Guardian 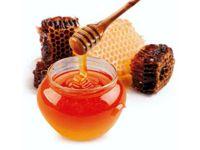