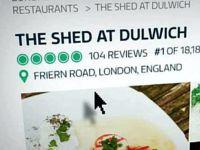 How to fake and make a restaurant the best or the worst restaurant in town.

Our readers will already know our opinion of Tripadvisor, however we could not resist highlighting this deliberate “pack of lies” aimed at proving the point that you just
cannot believe what you read on Tripadvisor.

“The best restaurant, the worst restaurant, fantastic service, excellent food, very expensive, terrible service, and so on.” True or false? Who Knows? And if you do not know you cannot believe, if you do you could be very disappointed.

Can you imagine someone saying: “If you do not give me a free meal I shall write a bad review on TripAdvisor”? Well it seems it actually does happen just as one person can make a fake restaurant become the top spot in London.

Hard to believe? Well, look up the article on the Daily Telegraph, The Guardian, the Washington Post and even the ITV News interview that you will find on Youtube just
as the video showing how it was done.

"The Shed of Dulwich” is exactly what it says, a shed in a garden. Oobah Butler, a writer for VICE, decided to prove the point by creating a fake restaurant in a garden shed, “an appointment-only restaurant located in south London”.

His friends began posting five-star reviews and the Shed climbed Tripadvisor’s ranks, the phone started ringing. Six months after creating "The Shed at
Dulwich" website and propping a fried egg jauntily against a bare foot, they were, according to Tripadvisor, the best restaurant in London. The realistic photos of burrata
and scallops, and miniature chocolate soufflés and something clever with an egg were rather appealing, except they’re shaving foam, toilet bleach blocks and a sponge
covered in instant coffee.

Whenever the phone rang for a booking, the caller was refused the reservation under the pretext that they were fully booked for weeks. The big draw of the Shed, of course, was the combination of excellent reviews and the impossibility to get a table. And this made it the perfect restaurant.

I wonder how many restaurants feel proud of displaying their Tripadvisor certificates now that a garden shed is stated as the “BEST RESTAURANT IN LONDON”. Can you
imagine how many thousands restaurants there are in London? 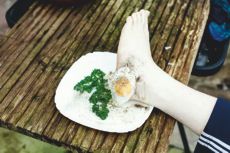 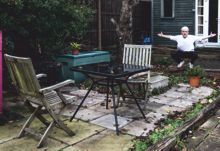