‘Posh popcorn’ sees dental injury complaints soar. The rate of popcorn-related problems reported in dental surgeries has doubled over the past three years, from around 5% of cases to 10%. Thanks to the rise of ‘posh popcorn’, the snack has eclipsed those of other notorious offenders like hard-boiled sweets and fudge or caramel in the tooth injury stakes. Sunday Telegraph

World economy at risk a decade after financial crisis. The global economy is at risk a decade on from the financial crisis, says the World Economic Forum. On the 10th anniversary of the worst downturn since the Great Depression, the world finds itself illprepared for the disruption likely from the robot age, added the WEF. The UK has slipped one place to eighth in competitiveness rankings as Switzerland tops the WEF league table. The Economist

The hot air balloon is the oldest successful human-carrying flight technology. The first untethered manned hot air balloon flight was performed by Jean-François Pilâtre de Rozierand and François Laurent d’Arlandes on 21 November 1783 in Paris in a balloon created by the Montgolfier brothers. QI

Heart attack blood test ‘could save millions’. A new blood test which can speed up the diagnosis of heart attacks and is much more accurate than current methods could save the NHS millions of pounds a year, new analysis shows. The new test could be rolled out across the service in the next five years. At St Thomas’s hospital in London alone, it could save £800,000 a year. The Independent

Parisians enjoy the shortest working week of any city-dwellers in the world at around 35 hours, according to a new study. This is the partly the result of laws brought in across France to encourage hiring that imposed this as the upper limit - and helps explain why fellow French city Lyon came in second in the list. Nine of the top ten are situated in the European Union, with Moscow the only exception in third place. People in Hong Kong work the most hours. The Guardian

The Flintstones was originally going to be called The Flagstones and a 90-second show reel under that name was made to pitch at advertisers. It was one of several names, including The Gladstones, considered for TV’s modern Stone Age family. Metro

EU has no interest in ‘long-term solutions’. A “sobering” leaked memo shows Brussels has no interest in finding “long-term solutions” to Brexit and could ignore the interests of European Union business. According to the memo from the City’s Brexit envoy, there is just a “one per cent” chance of the EU agreeing to start discussing a trade deal in October as the UK wants and there is no appetite for creating a “bespoke” transition arrangement. The Times 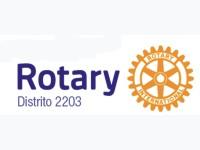