On the 27 August 1955, the first ever Guinness Book of World Records was bound and printed in Fleet Street. Sixty years later, the book has sold more than 100 million copies in 37 different languages – and broken its own record for the world’s best-selling copyright book in the process. The book resulted from the frustration of Sir Hugh Beaver, then managing director of Guinness breweries, who was unable to verify his claim during a pub debate that the golden plover was Europe’s fastest game bird. The Times

The key to losing weight could be as simple as drinking a pint of water before mealtimes, researchers have said. Obese people who downed tap water half-an-hour before eating main meals reported an average loss of 4.3kg over 12 weeks, a study showed. Those who did not drink water only lost an average of 0.8kg. The Times

Hamlet is the most widely performed play in the world. It is estimated that it is being performed somewhere every single minute of every day. It is also Shakespeare’s longest play and would take up to five hours to perform uncut. Young Vic

Brexit is already hitting UK economy, says Moody’s. Brexit uncertainty, the snap election and reduced living standards are starting to hit the UK economy, says credit rating firm Moody’s, which adds the situation will worsen considerably during the rest of the year. Moody’s also said it believed the probability of “an abrupt and damaging exit” from the EU has increased. The Independent

Business leaders call for Brexit delay. Business leaders from the CBI and other groups have called on the government to indefinitely delay leaving the EU single market and customs union in Brexit in order to arrange a transitional arrangement can be negotiated. Such a delay would “almost certainly” mean keeping
freedom of movement. The Guardian.

Trump ‘has confidence of less than 25% of world’. More than three-quarters of the world’s population has little or no confidence in Donald Trump as US president, according to a poll by the Pew Research Centre, with his support in many countries being lower than for George W Bush during the Iraq invasion in 2004. Former president Barack Obama had the confidence of 64%. Metro

Why bigger brains give men higher IQs. Men’s average IQ is four points above women’s because they have bigger brains, according to new research. Scientists used the latest scanning techniques to measure the brain volumes of 896 people and also submit them to intelligence tests. “We found that the average IQ of men was about four points above that of women,” said Professor Dimitri van der Linden, of Erasmus University in Rotterdam. The Times 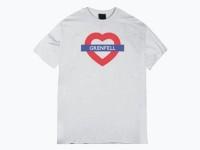