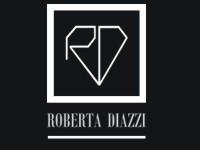 Roberta Diazzi is an Italian painter who draws inspiration from postmodern art to create works of light, faces from the social scene and wild animals. She has worked for illustrious families and exhibits around the globe. 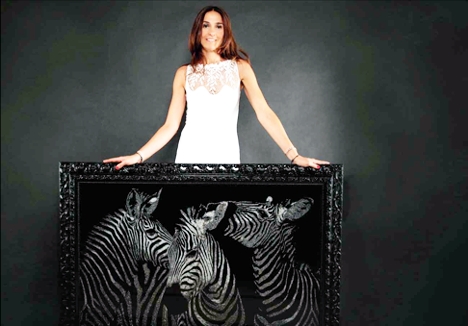 Born on 5 April 1973 in Modena, the artist Roberta Diazzi graduated in 1992 from “A. Venturi” Art College, specialising in graphic techniques.

Diazzi is beginning to make an impact as an artist and has collaborated with numerous important national and international galleries, as well as   taking part in various fairs in Europe, Asia (Hong Kong, Seoul, Singapore) and the United States (Miami, New York). Currently, her work is on display in Saint Petersburg at the State Russian Museum (Russki Muzei) and at the Moscow Museum of Modern Art (MMOMA).

Diazzi’s oil paintings are identified by a sign - a sort of signature which makes her work unique. However, the artist’s hand is truly found in the use of hundreds of thousands of certified Swarovski crystals of different sizes applied to backgrounds which are usually black to heighten the sparkle, light and colours of the crystals. They’re not so much paintings as they are mosaics of light, calibrated and re-cut to bring energy and power to the figures.

As an artist, Diazzi is inspired by postmodernism, linked to the original, comics-derived stylistic revision of Roy Lichtenstein and of  the Pop Art of Andy Warhol, who made his portraits a “must” for the VIPs of his time.

Diazzi’s work has been commissioned by illustrious Italian families, including the Ferrari family, the Montezemolo family and also  Luciano  Pavarotti himself. For quite a few years, her work has also been sought-after abroad: in the Principality of Monaco, Princess  Caroline displays  her work “l’oevre pop de Monaco” in her royal study.

Last chronologically but certainly not least, is the portrait of Peng Liyuan, catalogued among the most important works in the private  collation of  the Chinese First Lady.

Today, Diazzi places some important stars, perilously at risk of being forgotten, alongside the famous faces of the social scene. She can also be  defined as a nature painter portraying wild, regal and even ferocious animals peering out directly at the viewer. Prisoners within their frame,  they set their sights on us, walk and fly towards us, who stand and watch as we gradually destroy their world. Art is necessity, and the necessity  of Roberta Diazzi is to bring their roar or cry to our collective conscience.

That said, this artist from Modena is a thoughtful and eclectic painter: she often paints urban landscapes and vistas, showing signs of globalisation and the mix of artistic cultures typical of contemporary Neo-Pop, and which she, as a dynamic and sensitive artist, fully captures exactly. The result is therefore a picture in which the harmony of contrast combines with the appeal of the artistic style, giving the viewer the privilege of things done aesthetically well. 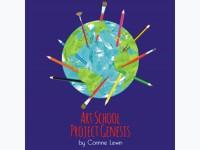 Official launching of Art School Project Genesis by Corinne Lewin
On the 24th of June, at 21.30, more than 100 people attended the official launch of this project which provides children and youngsters with free art classes with the galleryÂ’s professional artists at their schools with the co-operation of the schools and colleges of the Costa del Sol.
GENESIS PROJECT

THE ATRIUM GALLERY by Corinne Lewin