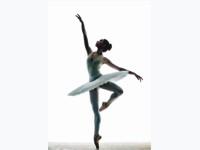 Although born in London, Sasha Mukhamedov boasts parents who are the royalty of Russian Ballet, Irek and Masha Mukhamedovs. Sasha received her initial ballet training at various schools in England, and completed it under the tutelage of her mother. Prior to being invited to join the Dutch (HNB) National Ballet in 2008, Sasha participated in several ballet competitions, winning a Bronze medal at the YAGP in Italy and the Most Promising Young Dancer award in Varna, Bulgaria. In 2011, Sasha won the Silver medal at the Beijing International Ballet Competition in China. In 2017, she was promoted to Principal Dancer with HNB.

Her repertoire includes both classical and contemporary roles, with several roles created specifically for her by the noted choreographers Krzysztof Pastor and David
Dawson.

Jared Wright is a graduate of the Australian Ballet School. He has danced with the Australian National Ballet and Dutch National Ballet where he was promoted to second soloist in 2016. His repertoire consists of many prominent classical and neoclassical roles, as well as contemporary ballets, most notably Rudi Van Dantzig’s
Four Last Songs.

Andrea Jura is a Principal Dancer with the National Opera in Cluj-Napoca, Romania. She is one of the most prominent dancers in her country, and she is often invited to participate in international galas. Andrea also danced with Sibiu Ballet Theatre, and received gold medals at several ballet
competitions in Romania and Italy. She also holds a Master’s degree in ballet pedagogy.

Dan Haja was a soloist with the Sibiu Ballet Theatre before joining the National Opera in Cluj-Napoca, Romania as a principal dancer in 2011. He performs all major roles and often participates in international galas.

Melissa Hamilton is an Irish wunderkind who became a star of the Royal Ballet and a member of the international club of the world’s elite dancers whose participation is eagerly desired all over the world. However, her talent wasn’t always recognized. Nearly expulsed from the Elmhurst School for Dance in Birmingam, UK, Melissa was saved from obscurity by Masha Mulkamedov and, after only 2 years of training, became a recipient of the most prestigious Grand Prix award at the 2007 YAGP finals in New York. An invitation to join Royal Ballet soon followed, as did the escalating amount of classical and contemporary solos.

She created roles for the Royal Ballet’s resident choreographer Wayne McGregor in productions including Infra, Carbon Life, Limen and Acis. In 2011, she won the Gold Medal at the Soul International Ballet Competition, and in 2015, she was featured as “woman of the month” by Elle magazine. Melissa had just finished her twoyears
principal engagements with Dresden’s Semperoper Ballett and Polish National Ballet and is now returning to Royal Ballet as First Soloist. 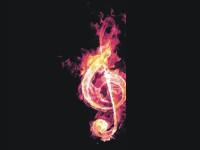 Top Trending Music
The UK's Top 100 biggest singles of the week is compiled by the Official Charts Company, based on sales of downloads, CDs, vinyl and audio streams. Tune into the UK Top 40 on BBC Radio 1 and MTV.
Top Trending Music

Do you know how to suck eggs?