Reading books is no longer in vogue. When the Royal Society of Literature asked almost 2,000 people if they were able to name an author, 20% said they couldn’t think of one. 25% had not read a book in the past six months. Evening Standard

Prices rising faster since the Brexit vote. Prices in the UK are rising faster after the EU referendum, says Sky News, increasing at an annual rate of more than 3%. Meanwhile, new figures suggests real wages may be falling by 0.6%, compared with the 0.9% growth rate indicated by official reports. The news is seen as further evidence that households are being
squeezed as a result of the referendum result. The Times

UK population to pass 70 million mark ‘in less than a decade’. The UK’s population will pass the 70 million mark in under a decade, official projections show. Demographers expect the landmark to be reached by 2026 as the number of people living in the country steadily increases. Natural growth - more births than deaths - and net migration helped push the estimated UK population to a record 65.1 million in 2015, a rise of more than half a million on the previous year. Daily Mail

Pop singer Taylor Swift has become the youngest person ever to make it onto Forbes’s 100 most powerful women list. The 25-year old makes her debut at number 65 and is among 17 women under the age 45 to appear on the list. German Chancellor Angela Merkel is number one for the fifth year running, with Hillary Clinton. The Times

Tackling obesity is a major priority the government has said, as a report warns that one in five cancer deaths is caused by it. The alert came at the world’s biggest conference on cancer, which sounded the warning that obesity is killing tens of thousands of people a year in Britain - and the West is about to see it replace tobacco as the leading preventable cause of the disease. The Times

U2 lead singer Bono is the only person in history to be nominated for an Academy Award, a Nobel Prize, a Grammy and a Golden Globe. BBC

Facebook is the second most visited site in the world after Google. It boasts 1.23 billion active members every month – roughly one sixth of the human population. Metro 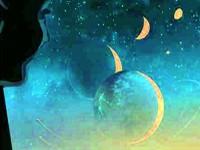