A collection of useless but interesting extracts from different newspapers. Topics for after dinner conversation in Andalucia.

We should work three days a week and retire later – that’s the suggestion of Carlos Slim, the world’s second richest man. The Mexican tycoon has called for a three-day working week, insisting that a shorter week, offset by longer hours and later retirement, would boost productivity and improve our quality of life. “People are going to have to work for more years, until they are 70 or 75, and just work three days a week - perhaps 11 hours a day,” he said. The Times

Newly-declassified documents show the US military planned to install a listening station on the moon to facilitate spying. Project Horizon was dreamt up in 1959, years before the moon landings. They also hoped to test a nuclear bomb on the moon, even discussing the effects of radiation on alien life. Daily Mail

Newly-discovered dinosaur fossils in Russia suggest that our image of them as dry, scaly creatures is wrong: scientists now believe dinosaurs all started life with feathers, though some later shed them. Feathers have now been found in fossils in both China and Russia, suggesting they were universal. Metro

The perfect time to leave your teabag in a cup is 25 seconds, according to a taste expert. Martin Isark, who drank 400 cups of tea in 48 hours to reach his conclusion, says if the bag is left in any less than that the brew will lack flavor, but if it is left in any longer there will be “too much tannin, giving your tea a horrible stewed taste”. Daily Express

Today, the normal arrangement of human teeth is an overbite: our top layer of incisors hang over the bottom layer. What the orthodontist doesn’t tell you is that our jaws have only been like this for about 250 years. Before the fork we would have clamped chewy food between our incisors, wearing teeth down. Once we started cutting our food into morsels - from childhood onwards - our incisors kept growing. This change in teeth happened around 900 years earlier in China than in Europe. The reason? Chopsticks! Daily Telegraph

The Milky Way is punier than we thought. According to a new supercomputer simulation, it turns out that the entire mass of our Milky Way galaxy is about half that of the great Andromeda galaxy, our nearest neighbouring spiral galaxy some 2.6 million light-years away from us. Astronomers had long thought the galaxies were twins. National Geographic Forty young people are employed in India to impersonate monkeys to scare off real monkeys causing havoc around Delhi’s parliament. The men make screeching noises similar to those of black-faced langur monkeys, to frighten red-faced macaque monkeys. Thousands of macaque monkeys roam Delhi’s streets, trashing gardens and offices and attacking people for food. BBC

Infants silently rehearse their earliest words for months, practising their first “mamma” or “dadda” inside their heads before finally blurting it out. Scientists from the University of Washington say they have captured the most precise look yet of what happens inside a baby’s brain when they hear adults speaking between 7 to 12 months old. The Times 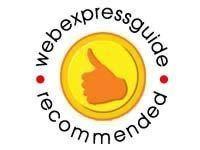 How many New Year's Eve in Spain?