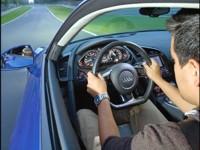 The Highway Code in Andalucia.

Believe it or not there is a Spanish Highway Code, itĀ’s called el Manual del Conductor.

It is fairly easy to understand and to follow even though it may be in Spanish, so I had a good look at it to identify certain practical driving peculiarities that seem to contradict what I learned in my last 50 years driving in other parts of the world, including the U.K.

We know that in Spain you drive on the  right, therefore slower vehicles keep right to allow faster cars to overtake on the left, but
I have never seen slow lane drivers having to cross fast lanes in order to leave the 80/100 kms.carretera to the left. I didnĀ´t see this
one on the Highway Code but I have seen it practice. Which clever dick designed that road?

It is clearly stated that overtaking must be done on the left of the slower vehicle; however you can also do it on the right if you think it is safe to do? So how safe is that?

Zebra Crossings are supposed to give right of way to pedestrians and thatĀ’s ok. But did anybody tell pedestrians that they should
make sure the way is clear before they jump in front of a moving car? DidnĀ´t anyone explain that you must not race a car to get to
the crossing before it? A moving car cannot stop dead on its tracks! What happened to Ā“look left & look right and left againĀ” before
you step off? Prams must not be pushed in front on a crossing unless it is safe to do so.

While it may be a good idea to give pedestrians some security from traffic it might be a better idea if cars and lorries were not  allowed to park on or just in front of crossings hiding pedestrians waiting to cross. It is just as bad an idea to place trees and shrubs just before crossings, especially when the zebra is not clearly painted and visible.

It is clearly stated that vehicles are not allowed to park on pavements, but I could not find it anywhere in the Code that you can stop in the middle of the road, wind down your window and have a chat with someone on the pavement, with complete disregard of the traffic building up behind.

Or indeed just park in the middle of the road to buy something from a shop. Talk about Road Rage! If I did this in UK or even other
places I am sure someone would come and hit me with a baseball bat.

Oh! What about roundabouts? When entering a roundabout, remember that the driver on the outer circle, outerrmost to the right, has priority over any other vehicle on its left, even if that vehicle is signalling in order to get off the roundabout. Yes that is right, the car on the right does not have to stop, even if you signal, and if it hits you youĀ’ll be in the wrong. I cannot see the logic behind this one other that an attempt to cause accidents, so I called Traffico Head Office. They confirmed that it was not so before but this is how it is today after they changed the law?

Would someone please explain to cyclists that Zebra Crossings are not cyclistsĀ’ lanes, nor the pavements for that matter? And why
do cyclists insist on using the road when appropriate cyclists lanes have been built and paid for by tax payers?
Somewhere along the lines, it would seem that everyone is overlooking the fact that motorists pay tax to use the roads, they pay
VAT to use their vehicles and they pay for inspections to ensure that their vehicle is safe to use, plus insurance to compensate in case of accident to 3rd parties.

Pedestrians and cyclists do not pay a penny but they seem to exceed with their demands for priority, I think they should be made to show some respect for motorists who do pay.

By the same token, motorists should also have some respect for residents in urban areas. They should be heavily fined for blowing their horn in the middle of the night and early mornings, especially on Sundays after the football match; or driving through the streets with the windows open and the radio blaring at full blast.

There is a question for you, the motorists pay for the use of the roads therefore they are entitled to use and park their cars just as the local councils is obliged to provide road usage and parking facilities. So why is it that cars are fined for parking on yellow lines when parking places are sold to bars to place chairs and tables? Is this a double standard or what? I did not find this one on the Highway Code either What do you call the motorist that takes two or more parking places to park his or her car? LetĀ’s keep this one off the record.

I think I have made my point. Basically it seems to boil down to the fact that there is a Highway Code that makes good sense but it does need some finer polishing. At the same time there should be more enforcement to ensure that all road users follow the code and that the code is not usedas an excuse to collect fines from motorists. 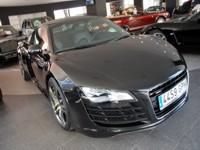 Recommended car of the month

Car of the Month - Mercedes-Benz SLR McLaren in Perfect condition