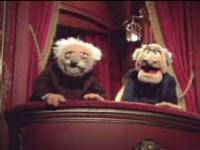 Research by the Institute for Fiscal Studies (IFS) has found people born in the 1960s and 70s will not be richer than their parents
at retirement, unless they inherit money, suggesting an end to the constant trend for rising living standards and incomes which has prevailed since WWII. They are also less likely to own a house. Daily Telegraph

Its 60 years since the national launch of Babycham. The sparkling perry (made from fermented pears) was invented by a brewer
from Shepton Mallett in Somerset. It was the first alcoholic product to be advertised on British commercial television, the campaign being launched in 1957. BBC

Officials in France fined a pub 9,000 for undeclared labour because a customer returned some empty glasses to the bar. After the customer returned a drinks tray to the bar in Brittany, officials from the social security agency reportedly leapt into action, accusing the owners of wrongdoing. The owners, who were held in police custody, said: It is a scam. Daily Express

Unwed parents are four times more likely to split than the married. Unmarried couples account for more than half of all family breakdowns, despite making up only one fifth of all couples with children. Sunday Times

Scientists at the University of California found that people who drink three cups of tea or more a day are 20% less likely to suffer strokes than those who drink little or no tea. Researchers at University College, London found that walking for 90 minutes a day
seemed to cut the risk of stroke by a third, while longer walks cut the risk by two-thirds. Leadership blog