Poor parenting is to blame for a spike in pupils disruptive behaviour at school. Teachers claim a rise in pupils with emotional, behavioural or mental health issues has lead to increasingly unruly behaviour in class. And nearly 80 per cent of teachers say the problem arises from a lack of boundaries at home. Daily Express

New research shows that eating just a single chocolate bar has a direct effect on the brain and may cut the risk of a stroke. Previous research has shown eating dark chocolate in moderation could be good for you. But the latest study, in the journal Neurology, shows that all chocolate has a positive effect on carbon dioxide levels which affected blood vessels, improved blood flow and, in turn, impacted on brain cells. Daily Mail

Horses are the latest victims of Britains obesity crisis because their riders are too heavy. A study found that a third of recreational riders were too obese for their
mounts, leaving the animals at risk of ailments. Researchers found that only one in 20 riders were the optimum weight for their horse. The Guardian

If, or when, you spill water on your smartphone, act fast to save it. Once youve turned it off, remove the SIM card, and put the handset in a bag of uncooked rice. Leave it on a radiator for at least 24 hours. The Sunday Times

The world spends $2bn every year on surgery to combat hair loss. By contrast, in 2010 just $547m was spent on malaria research and $1bn on a cure for HIV/AIDS.The Telegraph

An average of 21,000 children per night were in New York Citys shelters for the homeless in Januaryabout 1% of the citys youth. The figure represents a 22% increase in the number of young people in shelters over the past year. New York City has seen one of the steepest increases in homeless families in the nation. The Wall Street Journal 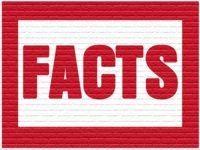