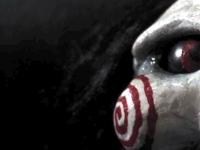 A collection of interesting facts for after dinner conversation in Andalucia

Watching scary movies can help you burn the calorific equivalent of a small chocolate bar, according to a new study by  researchers at the University of Westminster. Those who watched a 90-minute horror film were likely to burn up to 113 calories  the same sort of figure as a half-hour walk. Sme movies were more effective than thers, however: of the 10 films studied, he top calorie-burners were the classic tanley Kubrick chiller The Shining (184 alories), Jaws (161 calories) and The xorcist (158 calories).

Even though informants can get cash ewards for shopping tax evaders, the umber of reports to the Tax Evasion otline fell last year to 74,000. However, he amount paid out rose by 20% to 373,280. Mail on Sunday

Dd you know that when Mary Queen of Scots lived in France as a member of the royal family, she had military cadets to carry her golf clubs for her. When she came to Scotland, she brought the practice with her, and the word cadet evolved into the word caddy. BBC

The American weekly magazine Newsweek is to stop publishing on paper after almost 80 years, in a bid to cut costs and save the struggling periodical from going under. Newsweek has fared worse than its rivals over recent years; its circulation has halved in the last five years to 1.5 million and advertising revenues plunged 70%. Sky

The days of bedtime stories could be numbered. A study has shown that one in six parents of under-11s never read with them before bed, while a third do it once a week at most. The research by publisher Pearson, also found that under-11s spend
three times as long browsing the web and watching TV than reading. Mail

Credit and debit cards could be on their way out, according to the Payments Council. A host of innovative ways to pay include facial recognition technology, which would allow users to order and pay for items such as coffee merely by walking into a shop and saying their name. Guardian

Pop songs are now the music of choice at funerals. A survey of services in Britain found that two-thirds featured chart hits, and just 30% include hymns. Frank Sinatras My Way was the most popular choice; the more usual selections included Monty Pythons Always Look on the Bright Side of Life, and the theme from TVs Countdown. Express

A broad range of themes frequent peoples nightmares. Almost everyone has had a nightmare revolving around one of these scenarios: a person lost or missing, being chased, falling, death, car troubles or missing teeth. Observer

In a recent UK-wide study, 99% of people interviewed at motorway service stations toilets claimed they had washed their hands after going to the toilet. Electronic recording devices revealed only 32% of men and 64% of women actually did. BBC

Theres no doubt that were living through a communications revolution - but it turns out our interest in staying connected might be starting to wane. A survey in America has found the average consumer spends 19.6 hours using the Internet every
week, compared to 21.9 in 2011. Huffington Post

Did you know?
A collection of interesting facts for after dinner conversation
Malaga Tax Office is looking for you!