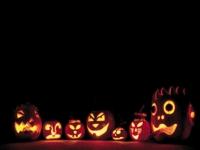 ItĀ’s that time of year again when the end of summer really hits home. When the children of all ages try Ā‘Trick or treatingĀ’ and adults find time to dress up in silly costumes. - By Count De La Perrelle

Interestingly the north of the Country tends to celebrate Halloween more than the rest of the Country. The reasons for this are in fact quite ancestral. There is some evidence that many regions, especially those in northern Spain had Celtic-speaking inhabitants who arrived around 2500-3000 years ago in Iberia and mixed with the indigenous population and made their way into many of the remote regions of the North and the Northwest thereby creating their own cultural region there. In fact in these particular regions today there is a growing Celtic revival and this is proving popular with holiday makers from Celtic loving countries.

Halloween: This developed from an ancient pagan festival celebrated by Celtic people over 2,000 years ago in the area that is now the United Kingdom, Ireland, and north-western France. The festival was called Samhain (pronounced SOW ehn), which means Ā“summerĀ’s end.Ā” The festival marked the beginning of the dark winter season and was celebrated around November 1st. In the 800Ā’s, the Christian Church established a new holiday on this date, All SaintsĀ’ Day. All SaintsĀ’ Day was also called All HallowsĀ’. Hallow meaning saint, or one who is holy. The evening before All HallowsĀ’ was known as All HallowsĀ’ Eve, or as it came to be abbreviated, All Hallow eĀ’en.

A couple of hundred years later, the Christian Church added All SoulsĀ’ Day on November 2nd. This day was set aside for people to pray for friends and family who had died. People made many of the old pagan customs part of this Christian holy day. Some people put out food for their ancestors, or they left a lantern burning in the window so that ghosts could find their way home for the night.

Dressing up: All the costumes and funny faces have Pagan Celtic roots in Samhain. One theory is they dressed as ghouls to fool evil spirits let loose on October 31, so they would not be possessed by these spirits. Another theory is they dressed in costume just for fun, and to make mischief. Yet another theory is that faeries would dress as beggars asking for food, which would also be the origins of the Ā“trick or treatĀ” practice. After the Catholic Church replaced Samhain with All Saints Day, people would dress as
dead Saints and devils for their festivities.

Trick or Treat: This practice might have had its start in the legend from Celtic days that faeries would dress as beggars going from door to door asking for food, and those that did not show hospitality would be harshly dealt with by these magical faeries.
On All Souls Day, the poor would beg for Ā“Soul CakesĀ” (sweet pastries) in exchange for prayers for their departed loved ones, expediting their passage to heaven. Sometimes costumed groups would sing and perform in exchange for food, ale, or money.

Ā‘Jack oĀ’lanternsĀ’: This hails from the Irish folk tale of Jack, who tricked the devil, but was not allowed in heaven or in hell. The devil, taking pity of Jack, gave him an ember to light his way on his eternal walks on Earth, carried in a hollowed out turnip. Because of their size and availability, pumpkins were substituted for turnips in the United States.

Ghost Stories: Ghost stories probably have their roots in the original Celtic belief that the spirits of the dead (both good and bad) wandered the Earth on October 31 (Samhain). Later, when the church replaced Samhain with All Saints Day and All Souls Day, the dead were remembered, and spoken about.

In the United States today, they are used to amuse and scare children (and some adults) to get them in the Ā“spiritĀ” of Halloween.

It is interesting to note that many years ago there wasnĀ’t even a hint of costumes, strange rubber faces and the latest in witch fashion here in Andalucia but now it seems that the Halloween phenomena has really caught on. It seems that Halloween is becoming increasingly considered harmless fun rather than a satanic festival. Even the supermarkets have jumped on the Halloween bandwagon and are using it as an excuse to get the customers in, looking to buy Ā‘huesos de santoĀ’ or Ā‘bunuelos de vientoĀ’ that are typically eaten at this time of year.

It seems that Halloween is now just another countdown rather like bonfire night in the UK to the inevitable Christmas period. Whatever it is, enjoy. 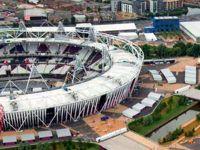 Wow! UK Olympics 2012
What can we say? What a fantastic couple of weeks for UK limited. Wow!
DVD & TV Programs