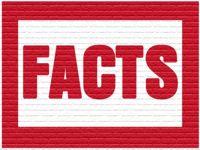 A collection of interesting facts for after dinner conversation

Coca-Cola has retained the top spot the 100 best brands for the 13th consecutive year despite strong challenges from tech companies led by Apple.

Oprah Winfrey has been crowned the highest female earner in Hollywood having taken home an estimated $165m (£102m) last year. Britney Spears is next and Taylor Swift completes the top three.

As the 007 film franchise turns 50, Pierce Brosnan has been revealed as the deadliest James Bond ever with the highest number of kills (76) out of the six actors to take on the iconic role. (Press Association)

To avoid developing high blood pressure, simply include yoghurt in your diet. Researchers in the US analysed 2,000 people, and found that those who got 2% of their calories from yoghurt were a third less likely to develop hypertension over a five-year period than those who did not. (Times)

Did you know that 2,976 prisoners in England and Wales are allowed to watch Sky TV at taxpayers expense as part of an earned privileges scheme? (Telegraph)

The governor of Spains central bank warned that the 2013 austerity budget would not be sufficient to meet the deficit target.

Forbes magazine's latest list of the richest people in America is out. There's been little change this year - the top five positions are the same as in 2011, and software magnate Bill Gates tops the list for the 19th year in a row.

Almost a third of the words population is now online. Iceland is the country with the highest proportion of internet users  95% of the population went online in 2011  and East Timor as the lowest, with just 0.9%. The UK is 15th, with 82%. (Broadband Commission)

If you're thinking of renting a car in the Russian capital of Moscow, you'll need to keep it clean as it's against the law to drive a dirty car in the city and doing so could leave you with a hefty fine. But how dirty is dirty? A survey when the law was first introduced showed that motorists in Russia agree that a car is dirty when the number plate isn't visible!

Did you know that the population of London will be 8.6 million by 2016, up from 8.1 million today? (Office for National Statistics)

During one week in September, 307,512 lambs, sheep and goats were killed in abattoirs in England, Scotland and Wales. More than half were recorded as halal, yet Muslims account for only 4.6% of the population. (Food Standards Agency)

Britains most expensive house has gone on sale for £300m  almost 1,900 times the average British property price of £160,000. The house in Rutland Gate, Knightsbridge, has seven storeys, 45 bedrooms, several lifts and a swimming pool. (Mail) 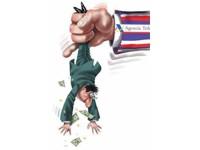 Malaga Tax Office is looking for you!
It is compulsory to have to register a business in Spain.
DAILY NEWS EXTRA!