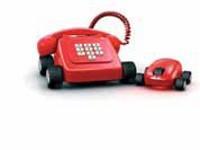 Since January 2011, L├Łnea Directa has provided an online Legal Assistance service which offers expatriate customers advice on Spanish legislation in English on a wide range of topics. The new product, whose price is 40% cheaper than the market average ┬¢ is offered by practising lawyers and gives motorists insured by L├Łnea Directa advice in many areas such as buying and selling vehicles, renting houses, making complaints to suppliers in consumer disputes, divorce, matrimonial property rights or labour law.

In addition, if after the initial enquiries further judicial or extrajudicial action is required, L├Łnea Directa offers the customer its wide network of lawyers throughout Spain, resulting in a discount for the customer of between 10 and 50% of their legal fees.
24 hour assistance for urgent queries The Legal Assistance service for motorists is available from Monday to Friday from 8am to 10pm.

If the query is urgent, in cases such as incidents in the home, problems occurring at night time within the family unit ┬¢ including partners and children ┬¢ queries regarding consumption, such as having a credit card stolen declined or not returned, or damage caused by pets, L├Łnea Directa provides a service which is available 24 hours a day, 7 days a week. 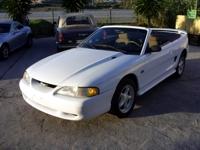 IT┬ÆS MUSTANG INVESTMENT TIME
All Mustangs from Best Coches come with a 1 year warranty and even with a buyback contract.
The Ferrari ┬ōSpider F430┬ö

With L├Łnea Directa, the best travel assistance for expats