Some of the road conditions in Spain and the appealing idea of driving in the country means that 4x4 vehicles are very popular. 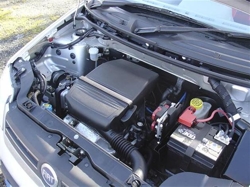 Unfortunately, during this present economic climate, the large 4x4 cars are expensive to buy and to run resulting in various car manufacturers producing small 4x4 roadsters at budget prices. Both the Daihatsu Terios E and Suzuki Jimny JLX Soft Top could fit the bill, but the ideal car for this, the Suzuki Samurai unfortunately is no longer made.

The Fiat Panda 4x4 seems the better proposition starting at 9100* (Diesel from 10,350*). Although a bit slow on the road, its light weight gives it abilities over and above what you would expect of a small, cheap, 1.2 litre 4x4. It's a front-wheel-drive car until things start to get slippery, then up to half the engine power is fed to the rear wheels automatically. On-road stability is much improved; its so good in fact that it would be a waste not to have a play in the mud from time to time.

The interior is identical to the standard Panda, so it's relatively simplistic, but bright and airy with plenty of space. The front seats are supportive but in the back adults will find things a little cramped. 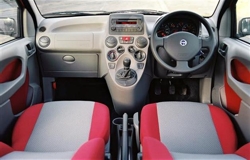 Two airbags as standard with side and curtain airbags as optional extras. Four-wheel-drive gives extra security on the road, whilst security on your drive is taken care of by an immobiliser.

Cheap for a four-wheel-drive and likely to hold its value pretty well too, as Panda is popular and the 4x4 has that extra cachet/usefulness. It uses a little more fuel than its two-wheel-drive counterpart, but it's still frugal.

Servicing: 12,000 miles. With an average of 156 g/km CO2 across the model line-up, its emissions are relatively low for a mini hatchback. It's worth noting that diesel models typically produce less carbon dioxide than petrol engines with similar power outputs. Eco-conscious buyers should consider the 1.2-litre petrol, which is one of the greenest models in the range. The range is also fairly economical, averaging 42 mpg. 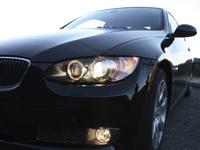 Quality Used Cars
At last you can buy a quality car at a fair price, right here in Estepona!
Buying a car on the Costa del Sol