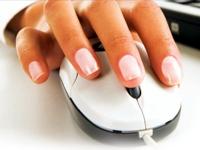 Or how to borrow interest free money when banks tighten upon credit.

I recently had to go to the U.K. for a few days for some urgent family business and I booked a return ticket online with a British Airline. On my return to Spain, I had the unpleasant experience of having my credit card rejected by the girl on the till at the supermarket. Sorry Sir your card has been refused. Do you have funds? May be you exceeded your credit limit, being the end of the month?

Impossible! I thought. Anyway I was too embarrassed in front of all the other shoppers staring at me with that pitiful look on their face. I ran to the bank, paid for my groceries and then discovered that my ticked had been charged twice.
I was furious. The credit cards advice was to get on to the airline and if they did not refund the money, make a complaint to the police for fraud.

Have you tried to find an airlines phone number in Spain? It might be easier to find the KGBs number. I called Malaga Airport and I was finally given the corresponding airlines clients service number.

After being told in a slow voice that the call was costing me .41 cents per minute, I was then switched on an even slower automatic voice selection system that asked me to repeat everything 3 times (all in Spanish) and after what seemed an eternity I was answered by a person who refused to speak to me in English because we are in Spain.

To cut a long story short I was eventually informed that indeed they have a problem with their website as it is making shadow charges online and that the money will be automatically returned to me within 5 to 10 working days.

Now, I ask! You! Is this perhaps an easy way to borrow money when banks have tightened up? Make the passengers lend it for ten days and, even better, interest free. What about the inconvenience, the stress, the wasted phone calls, the extra interest paid by the card holders and the cost of the time wasted? Does that not get refunded?

If they are aware of the problem, why keep taking the money? Why not warn clients? How long have they done this for? How many bookings do they get online?

These are questions which they would not answer but which someone in authority should ask.

One week later, the card was in fact credited with the right amount, what amazed me is that the date of the credit, even though it took place 7 days later, was put at the same date as the Shadow payment. Is there any reason to smell a rat?
It is suggested that you check your credit card accounts for these shadow payments and if you experience the same please do report it to the Civil Aviation Authority whose telephone number is +44 (0) 2072406061. 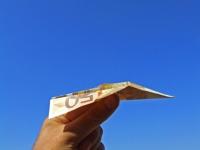 Is it that cheap to fly?
Airlies accused of gross irregularities in their sales techniques.
And who said Spain is off?