At last you can buy a quality car at a fair price, right here in Estepona!

After living on the Costa del Sol for while, I am sure you will have discovered that buying a second hand car in Spain can be a bit of a pain. Apart from the complexity of the paperwork involved, you soon come to realise that dealers are not terribly keen to part exchange used cars for used cars. On the other hand Spanish used car owners tend to ask for prices well out of context; this is probably because they expect to clear their bank loan solely on the sale of their jalopy. If the car you want to trade in is a foreign registered car that makes matters even worse.

It is refreshing and reassuring to learn that the founder of Manilva Autos S.L. is an experienced and professional ex UK car distributor who has seen the need to provide a service as one would usually hope to get from a company that wants to build up a clientele based on referrals and repeat business from satisfied clients. It was needed!

I cant think of any dealer right now that would consider trading in a used British registered car and give you a fair deal, except for Manilva Autos S.L. in Estepona, who seem to be unique. Whether you are coming from abroad and want to part exchange your car or going back home and want to exchange your car for a British registered one, you will be welcome at Manilva Autos.

The interesting fact is that among the British cars that they have on sale, many are left hand drive, which can be rather handy.

Of course there is a large selection of Spanish registered cars and commercial vehicles; after all we are in Spain! All cars are regularly polished and valeted; every vehicle is subjected to a pre-delivery inspection and comes with a 12 months guarantee and ITV (MOT).

You will find that all cars are competitively priced because they pay the correct price for their cars and sell them at the right price. No inflated prices here and they can take care of the whole package, which includes legal paperwork and insurance. Competitive finance can also be arranged whether you are a Spanish or UK resident.
If you are thinking of buying a used car or replacing your existing one, it is well worth paying Manilva Autos a visit and see for yourself.

Call and ask ...you'll be surprised!

I read this article by this company under direction from a friend who seen it and thought it would interest me as I have a history with them. So I thought ok, lets give them a chance to redeem themselves. 1. They are under new management: that can only be good as the owner/manager was so rude and ignorant to my Mrs. 2. A staff restructure: that also is a positive due to the arrogant restuarant owner mouthpiece sales person....so you can imagine that when I investigated these claims of a new improved business and service , how very shocked I was to find that actually the gentlemen who were employed in the roles before are still there.I guess the restructure must have been a new set of business cards each stating a new title! I would also like address the comment made that people have made anonymous comments about them I feel that the possible reason for this is that should you have a problem, the reputation which precides the business is rubbish aftersales service and (via word of mouth) their gangster style way of handling complaints with threatening behaviour . If these so called 'business men' were back in the UK I think they would have been out of business a long time ago, lets hope justice prevails and they are not in Spain for long giving us once naive Brits a chance without being taken for a ride.

Editor's comments: Well it looks like they have closed down after all.

After reading the latest posts we are disappointed to say the least We have had our problems both within and outside of our control No matter what the problem we have always put our customers first Now with a new staff infrastructure we feel that the service we offer will only improve. Call us cynical, but some of the latest posts coincide with staff dismissal. If however anyone has a problem with us that needs our attention please get in contact with us and rest assured that we will help. It is very easy for irreparable damage to be caused to any person or business, when any comments posted are unverified and anonymous. If we have let anyone down in some way, give us a chance. I am sure you will be pleased with the changes we have made. For any problems that need assistance or review please feel free to email or call for a solution. sales@manilvaautos.com - 952890455. All the best for the future from all at Manilva Autos.

DO NOT EVER BUY FROM THEM

I have spoken to around a dozen people through very random situations and they have all had something very bad to say about this bunch of so called business men. They sell cars and do not have correct documents.. CON MEN......like the previous comments! DO NOT BUY HERE

do not buy here

I was sold a car that had been stolen from the UK i still have not got a penny back from them! NEVER TRUST A USED CAR SALESMAN IN SPAIN WHETHER FROM THE UK OR SPAINISH

Cars listed are sometimes actually not even for sale, we arranged to view a car but when we got there it was allegedly just sold. This happened to two other friends as well. There never seems to be any history with the cars, and I have been warned they overclock cars although I obviously cannot prove that. Just be very weary, yet another UK expat out to rip off other expats in my opinion.

If Manilva Autos is trying to build up a clientele based on referrals and repeat business they should be prepared to fully honour their guarantee, and pre-inspect the vehicles they sell (as advertised) so they are at least road worthy. Expect poor customer care. 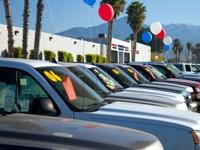 Buying a car on the Costa del Sol
Buying a car in Spain is not as simple as in the UK.
Foreign Cars Registration

Is this next James Bond Car?