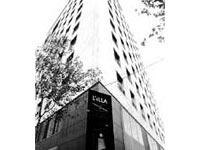 According to "The Economist" residential property price increases started to slow in 2003.

"The Economist" maintains that this year Spain is facing a levelling off of apartment prices for three main reasons: they have reached record levels in proportion to income, there is an indication that interest rates may rise and there are signs that of an excess over demand.

According to the last edition of the publication, residential accommodation prices in Spain increased by some 15,7% between the third quarter of 2002 and the third quarter of 2003, that is twice as much as in any of the thirteen more developed countries (7.5%). The research would also indicate that price increases started a slight slow down in 2003. This is because in the previous 12 months they had actually increased by 17.4%.

The greatest of all differences was with Germany and Japan where in fact the prices of residences fell by some 4.5% and 5.7% respectively. A fall in prices comparable to the fall already experienced by these two countries in the previous 12 months.

The office accommodation market is looking for recovery.
This sector is hoping that 2004 will be the year of economic recovery.

The increase in stock of square metres due to the technological market crisis and the level of new building in both Madrid and Barcelona crippled prices during 2003. In fact prices fell by between 5% and 7%, although the results of the last quarter would seem to show an improvement.

Sentence against clauses of mortgage rounding up.
A Court in Madrid declared that a clause included in the mortgage deeds issued by Banco Atlantico in respect of rounding up their variable interest rate is Null & Void. It ordered Banco Atlantico to refund any amounts that it might have unduly collected in this way and to delete this clause from all its contracts.

This is the ninth time that the same sentence was declared in the Courts in respect of what is said to be an "abusive" clause, which "rounds up" the interest. The previous sentences were issued against Caja Madrid, Banca March, BBVA, Banesto, Deutsche Bank y Caixa Catalunya.

Birth control for Koalas
In Australia about 3,000 females in a colony of koala bears are to be administered contraceptive drugs after eating most of their habitat.
Mummified lion unearthed in Egypt