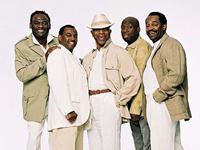 There are some excellent concerts on the Costa this summer and by well known performers at prices that everyone can afford. ThatÂ’s such good news that we are detailing some here below.


George Benson and Al Jarreau have united on a tour. Benson is a legendary guitarist in addition to the singing and songwriting talents that both he an Jarreau possess, and he will be exhibiting his playing and vocal abilities, whilst Jarreau will be showing off the versatility of his vocal abilities which will include exhibiting a little scat singing.

The International presence of Jose Feliciano has influenced popular music for more than two generations and is recognised as the first Latin American artist to cross over to the English music market, opening doors to others who now play an important part in the American music industry.

40th Anniversary
Kool and the Gang


Kool and the Gang, the group with a sound that has influenced the music of three generations, has sold over 70 million albums worldwide, Songs like Celebration, Cherish, Jungle Boogie, Summer Madness and Open Sesame have won many awards and they have performed continuously for the past 40 years, longer than any R& B group in history.

Steve Harley and the Cockney Rebel

One Steve Harley and Cockney Rebel single Â“Make Me Smile (Come Up and See Me) reached number one in 1975 in the UK and many European countries, and is regularly voted among the top singles in the history of the charts. 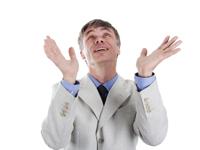 Fat Chance!!
They say that Lady Luck is blindfolded, but is she also brainless?
My Diary got run over!