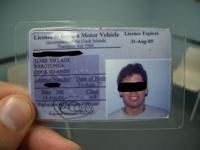 Your current E.U. driving licence is only valid for 6 months, if you are a resident in Spain you must register with the Central Drivers Register or exchange a current driving licence by an E.U. member state for a Spanish licence.

Driving licences issued by member states of the European Community will be valid in Spain provided that the age of the driver is within the permitted driving age range in Spain.

In the case when the holder of a driving licence issued by another E.U. state decides to reside in Spain, he or she must inform the Registro Central de Conductores e Infractores. This must be done within 6 months of the date of obtaining official residence and it can be done via any Provincial Traffic Office (Jefatura Provincial de Trafico), they will officiate the licence and note on it the current Spanish residence address of the driver.

From that moment the driver will become subject to the same physical and psychological requirements as imposed on Spanish drivers. f course this does not mean that you can drink and drive because you are not a resident with a non Spanish EU license. In such cases the penalty may be even more severe and you car may be impounded.

The required documentation to do so is as follows:

Application form, obtainable from the Jefatura de Trafico.
Photocopy of the applicants Residence or Passport with N.I.E. to confirm that he is a resident of Spain, together with the original documents, which of course will be duly returned once they are inspected.
Two passport photos measuring 35 x 25 mm.
Personal written declaration to the effect that the applicant has not been deprived of the right to drive motor vehicles and/or mopeds by any Court or/and that he has not been even temporarily suspended.
A written declaration to the effect that the applicant is not the holder of any other licence already issued in Spain or other EU Country of the same class as the one being applied for.
The original, copy or photocopy of the licence that the applicant wishes to exchange. 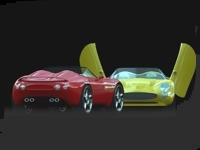 Is this next James Bond Car?
Web Express Guide presents exclusively in Spain the Templar L-575. Who says there are no British Cars left?
Dream Cars