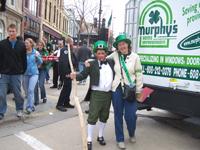 If itÂ’s true that there are no snakes in Ireland, itÂ’s because they were driven all away by St. Patrick. So they say!

This day honours the Patron Saint of Ireland, March the 17th, the day he died in 461 AD. It is one of the most celebrated feasts throughout the world, and thatÂ’s because it is celebrated by Irish as well as, increasingly, by people of non Irish descent.

The day is just one great big party celebrated by wearing at least one green and visible item of clothing, lots of alcoholic beverages and generally making merry. Even lager beer and some foods are coloured green.

The St. Patrick parade in Dublin, was attended by more than 500,000 people in 2006, but the largest parade anywhere is held in New York with an estimated 2 million spectators. Such parades are held all over the United States and throughout Europe, Australia and Asia.

Of course one should remember that it is also a religious day celebrated by the Catholic Church, the Church of Ireland, the Anglican Communion and some other denominations. 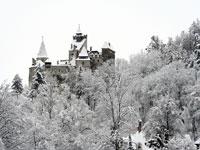 Batty!
If you happen to have a spare 40 million pounds to hand; why not invest in Count DraculaÂ’s old gaff?
The Grand National