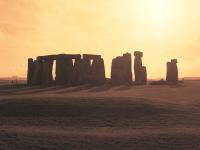 The ancient anniversary of the 1st day of spring

The Equinox is one of the two points in the year which occurs on or around 20/21 March and 22/23 September when the astronomical day and night are equal.

The Solstice in astronomy is the period the Sun reaches its furthest angular distance to the equator. So solstices are the points in the year when the Sun reaches its southernmost or northernmost position and occurs around the 20/21 June and 21/22 December. The position of the Sun as seen from the Earth moves north and south through the year, when it changes direction it stands still momentarily, this is the solstice.

The actual day of the equinox or solstice varies because of variation in the rotational axis of the Earth. The axis is not fixed; it exhibits a slow, but steady precession through the years. Climatologically, because of the variation in the days on which the equinox and solstice falls, it is more convenient to use whole months. The British Met Office classifies the spring months as being March, April and May.

The Spring Equinox is tied up with many traditions and customs; in Britain it was traditional to drink dandelion and burdock cordials at this time as these herbs help to cleanse the blood and are a good tonic for the body after its winter hardships.
As with all the other key festivals of the year, there are both Pagan and Christian associations with the Spring Equinox.
To Pagans, this is the time of the ancient Saxon goddess, Eostre, who stands for new beginnings and fertility.
This is why she is symbolized by eggs (new life) and rabbits/hares (fertility).

Her name is also the root of the term we give to the female hormone, oestrogen. The first and most powerful image that pops into most peoples heads when the Equinox is mentioned is that of Stonehenge. Pagan based rituals are still held at the ancient site on the night of the Equinox and this year hundreds of people will gather at 00.07 on the night of the 21st March in an age old desire to welcome in the start of the spring and the renewal of life.

For more information on the beautiful and mysterious Stonehenge visit: www.stonehenge.co.uk 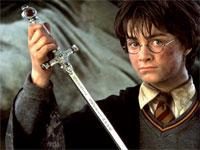 Magic!
The Harry Potter stories are ten years old this year
You Pig!