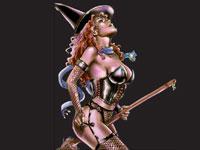 Witches still exist today even after a history of persecution; with Halloween this month, we look at the history of these misunderstood women

Modern day Wiccans honour the Goddess of the earth and the Gods of the forest. The modern religion of Wicca has its roots deep within the mythology and history of northern European folk belief.

Wicca, with its emphasis on natural living and sympathy of the world is one of the fastest growing faiths in the worldwide. Although Wiccan is probably a more politically correct term, many Wiccans do not mind referring to themselves as Witches, some even insist on it.

Witches are generally thought of as being old, ugly and female. In Celtic tradition the number three has always been special. The Great Goddess of all things was seen as being three entities, Maiden, Mother and Crone. It is the Crone aspect of the Goddess who lends her attributes to the Halloween witch. She is wise and compassionate, yet terrifying. It is the Crone who brings death and who comforts the dying, she takes the souls of the departed into her magic cauldron to await rebirth into the next life. The cauldron, another symbol of the Halloween witch, comes from this association with the Goddess as Crone.

The word hag is often substituted for witch; originally this meant a holy woman. In northern Europe she was the tribal shaman, midwife and healer. Usually she was the oldest member of the tribe, having outlived mates, siblings and children. Her knowledge of herbal medicine gave her the ability to both assist the newly born getting a healthy start in life and ease the pain of the dying.

A person with red hair was also thought to have special otherworldly abilities. An old Celtic tradition is that it is lucky to rub the head of a red headed child. The broom is a symbol of female power and of the Goddess as Mother and keeper of the hearth. It is an old European tradition, still practiced today, that a newly married couple jumps over a broom together as a symbolic start to their new life as husband and wife.

The middle age idea of the witch as an evil person is a concept that did not take hold in the Celtic mind. Celtic communities have always had their village wise woman or cunning man and even the most Christian members of the community turned to them for help. The witchcraft trials that occurred in Ireland and Scotland were not instigated by the local population. They happened usually as the result of interference by English aristocracy. The Halloween witch is a complex character with a colourful past, powerful, wise and ugly only in the mind of the beholder. 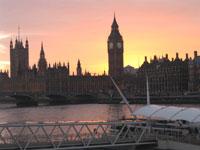