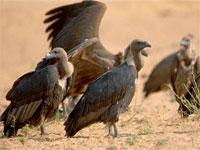 Press release is a written or recorded communication directed at members of the news media for the purpose of announcing something claimed as having news value.

Typically, it is mailed or faxed to assignment editors at newspapers, magazines, radio stations and television stations.

Newsworthy information has no commercial value in itself, therefore its propagation depends on the media looking for news of interest to the public, with the object of selling papers, magazines or acquiring an audience. The more interesting the news the larger and more regular is the audience.

Somewhere along the lines however, someone must have got their wires crossed or are terribly conceited in thinking that everyone really is interested in what they do to make money. A Press release is called news because it simply informs, it does not informs with the object of selling something. The latter is called advertising.

In an average week, Web Express Guide receives somewhere in the region of fifteen commercial press releases from various companies and different parts of the Costa. These are all sent with the hope that we will publicise the information in Web Express Guide gratis. This is not an unusual practice and in fact is quite common amongst many companies, most of which we havent heard of before, hoping to get their formation published free of charge.

Such press releases go on all year round and the images and details we are sent are  constantly updated. Is it not strange though that. should you contact any of the businesses and enquire if they would like to have a professionally designed advert, in a prominent position within the magazine and a well written article explaining the product or service on offer, you discover that most of their marketing departments have never heard of you or they are not interested. An odd thing to say, when clearly they do know where and whom to send their press releases to and they are certainly interested in you to run their free ads.

In spite of never having heard of us before and not being interested at the moment, the barrage of junk mail continues. By its very definition, the constant sending of written requests for something you have no intention of paying for is a begging letter; would you want your business to be based on this type of reputation? 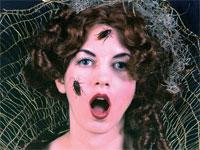