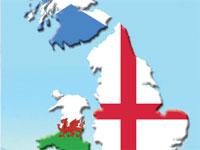 "Next year sees the 300th anniversary of the Act of Union between Scotland and England; but why is Gordon Brown making such a song and dance about it?" Asks Belinda Cordell

The Electoral Commission recently warned MPs not to use next years anniversary as a device to win votes at next years Scottish parliamentary elections. However, just days after said warning was issued, Gordon Brown announced that a special two pound coin is to be minted to celebrate the union.

The Electoral Commission, being independent, can it seems say all it likes about unfairly using the instruments of government on an issue central to next years elections, but it has no power of enforcement whatsoever. Gordon Brown is undeniably on the horns of a dilemma; on the one hand he feels a worrying excess of Scottishness whilst on the other wishing to appear like a modern day John Bull with his condescending call for a British Day or as he terms it a day on which the country can unite to celebrate its uniquely British values which are apparently liberty, tolerance, inclusion and fair play.

Do the British people need a day to remind them what being British is about? After all our sense of Britishness has been systematically undermined by the very people calling for a British Day the current government with its traditional left wing contempt for patriotism has suppressed national history and traditions for fear of giving offence to newcomers whilst exercising aggressive multiculturalism and mass immigration.

The question of devolution is a sticky one for Mr.Brown; devolution in Scotland and Wales (fought for and introduced by New Labour) has much undermined our common sense of Britishness and has fostered instead a new sense of Englishness in the south leaving Scottishness a nail-biting problem for Mr. Brown. Politicians are famous for sitting on the fence but this is the first time to my knowledge one has been caught sitting on Hadrians wall! 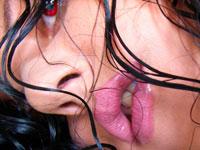 Drop dead gorgeous
Are your cosmetics killing you?
News from Home