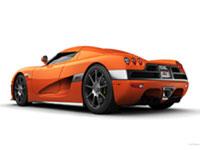 The First Car Group will take delivery of the latest Koenisegg this month. 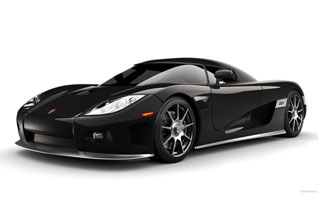 The Swedish high performance car, the Koenigsegg, hasnt the long and illustrious history of some of its more well known Italian cousins, but that didnt stop it picking up the title of the worlds fastest production car.

The Koenigsegg has only been around since 1994 when the founder Christian Von Koenigsegg set out with the intention of producing a world class supercar, based on Formula 1 technology.

On the 28th February 2005, in Nardo Italy, the Koenigsegg CCR won itself the distinction of becoming the worlds fastest production car; after achieving a speed of 387.87 km/h over a measured distance of 1 kilometre.

There are very few places you would be able to legally reach those sorts of speeds; so why own one?

Owning a supercar is not about driving everywhere at astronomical speed; it has to do with the knowledge that you could if you wanted to, and an appreciation of the engine power required to get you there.

Talking of engines, the Koenigsegg has a supercharged V8 which delivers 806 HP, acceleration is 0-100 km/h in 3.2 seconds with a top speed of 395+ km/h. maximum torque 920 Nm (678 ftlb) at 5,700 rpm. Transmission is via a specially developed 6-speed gearbox with incorporated internal oil pump and oil cooler.

All this does of course come with a price ticket to match, and you would expect to pay somewhere in the region of 450,000 for the latest Koenigsegg; but you are paying for a true supercar and an engineering masterpiece!

First Car Group S.A. will be taking delivery of the Koenigsegg on 15th April and will be official dealers for the car in Spain.

Car Sales
going from strength to strength
Slip slide away

Is your car going to save your life in a crash?