A recent study indicates that people who play the victims have negative personality traits: they believe they are morally superior, they have a lack of empathy, a greater need for recognition and more repetitive thoughts. 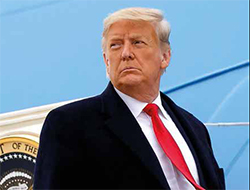 Surely you know someone who, in the face of any conflict, uncomfortable circumstance or discussion, believes that everyone is against him and thinks that he is always the injured, offended or insulted party.

Research from Tel Aviv University published in the journal “Personality and Individual Differences” has identified a new type of personality that has been called the Tendency to Interpersonal Victimization (TVI). A person who fits into this classification is characterized by assuming the role of victim in most of their interpersonal relationships.

An example of these interactions would be someone interrupting us as we speak. There are people who, although it bothers them, quickly forget it and continue the
conversation. However, others feel offended and it affects them deeply, because they see it as an extremely serious personal attack.

The first three studies showed that having a personality with TVI is characteristic of people with moral elitism (they believe themselves morally superior), lack of empathy, need for recognition and repetitive thinking. The authors indicate that this type of personality could have its origin in the parenting ways.

Plitidepsin
An antiviral produced by Pharmamar in Spain, is up to 27.5 times more potent against the coronavirus than remdesivir
COVID PREVENTION

THE DENTIST IN SOTOGRANDE OFFERS MAXIMUM PROTECTION TO ALL PATIENTS

DEEP SLEEP CAN PROTECT FROM ALZHEIMER