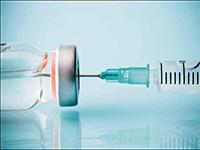 Nearly there with the vaccine

Spain has secured its first doses of a potential Covid-19 vaccine.

According to sources from the Spanish Health Ministry, the government has told the European Commission that it will participate in the plan to purchase 300 million  doses for EU countries from British-Swedish pharmaceutical company AstraZeneca, once it is proven to be safe and effective against the disease.

Under the agreement,  each EU member state that joins the plan will receive a number of doses in proportion to their population, meaning that Spain will get 31 million doses of  the vaccine if all EU members agree to the purchase.

The European Commission also has the option to purchase 100 million more doses from AstraZeneca. If this option is pursued, Spain would receive an additional 10 million doses.

The drug in question, known as AZD7442, is currently being developed by AstraZeneca and Oxford University. The drug is expected to be distributed by the end of the  year or the beginning of 2021.

AstraZeneca has said that the vaccine will cost just a few euros, making it one of the most accessible, compared to other, moreadvanced options from pharmaceutical companies such as Moderna, Pfizer and Janssen (the group that owns the Johnson & Johnson brand).

Some 30,000 volunteers have been enrolled to assess the safety and efficiency of the drug as part of the Phase 3 clinical trial, the final stage. Although there is no  guarantee that this is the vaccine that will be authorized, it was revealed that US President Donald Trump is considering authorizing it even before the completed  clinical trials.

The EU Commission is also negotiating the purchase of more vaccine supplies with other companies, which Spain could also join and it has guaranteed a minimum of   1.1 billion doses and a maximum of 1.44 billion until the end of 2021, if all the vaccine candidates are successful. In most cases, two doses of a vaccine need to be administered to each person if it is to be effective. 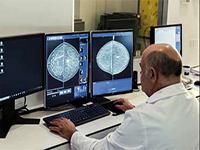 IF YOU SMILE THE WHOLE WORLD WILL SMILE WITH YOU.....