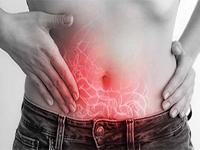 How clean is that can of drink?

Whether it is a hot day, a party or any celebration, the first thing a person does is to drink a can of âsoftâ drink or a beer.

It may well be the most refreshing thing to do but what you do not know is where that can has been before reaching the mouth. The cans, in which the drink is kept,  after going through a manufacturing process that resulted in packaging cans in cases, are then stored in a warehouse waiting to be delivered to a distributor. Once an  order  is received, the corresponding number of cases is loaded on a lorry and sent to the distributor who will also store the drinks in his warehouse waiting for orders.

Finally the bar, restaurant or shop having placed their orders will receive their deliveries which might be kept in storage or even in the yard outside until needed by the consumer. It is a long process of deliveries and storages from the time the drink is sealed in the can and opened by the consumer. The drink is fine but where has the  an been? Is the can top crusted with rat’s urine?

Dried rat urine can lead to a bacterial zoonotic disease commonly known as Weil’s syndrome. This became evident when, following the death of a woman in Belgium, the investigation revealed that the top of the can of her drink was contaminated with dried rat’s urine which is toxic and lethal. Prevention is largely dependent on sanitation and avoiding direct and indirect human contact with animal urine.

There has been a rise in soft drink consumption, due to the various attractive  advertisements shown by soft drink manufacturers to lure people that is why awareness is the best defence.

“It is better to be safe than sorry”, wash all the canned beverages before consuming them just as you wash your vegetables and fruits. 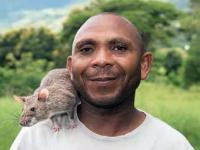 THE RATS THAT SAVE LIVES
An estimated 15,000 to 20,000 people are killed or maimed by landmines every year. TB claims the lives of 1.5 million people each year.
KELOIDS OR HYPERTROPHIC SCARS TREATED WITH LATEST LASER TECHNIQUES

Happy Birthday to The Dentist Sotogrande

A word of caution!

Could we get rid of coronavirus without a vaccine?