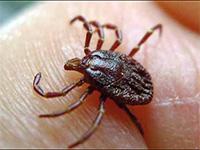 There have been two recent cases of Crimean-Congo fever, a disease transmitted by tick bites, detected in Madrid (the first of which even caused the death of the patient).

It is estimated that there are around 190 varieties of ticks, although in Spain there are only three that can be considered indigenous: - The Rhipicephalus Sanguineus,  habitual in the Mediterranean coast and that usually infects dogs and other animals; Dermacentor Reticulatus, also called the sheep tick; and Ixodes Ricinus, one of the  ew that prefers humid environments and that proliferates more in autumn than in warm seasons.

None of these is the one that transmits Crimean-Congo fever,  which is spread by other endemic varieties in Africa and tropical Asia, one of these is named Boophilus, and only infects cattle.

Some of these varieties of ticks have  been detected in Extremadura in 2011, as reported by the Ministry of Health , and it is likely that they have since spread to other parts of the country, probably transported by  birds or other animals imported from abroad.

Authorities caution that panic should not occur, as most tick bites are harmless to humans or animals. Nevertheless ticks can also transmit Lyme disease, a serious  bacteria. First you notice a small bump and rash which expands to an encircled red, warm patch. This can develop in fever, headache, muscle and joint pain, chills,  fatigue, and swollen lymph nodes. These symptoms get progressively more noticeable and it takes 2 to 4 weeks of antibiotics to cure it. If untreated, it will develop into  rthritis, chronic pain, numbness, tingling of hands and feet and short memory loss.

This is why, as a precaution in the event of a sting, it is best to go seek  medical advice as  soon as possible. In the case of animals, take them to the vet to be dewormed and make certain you eliminate those unwanted and annoying  guests. 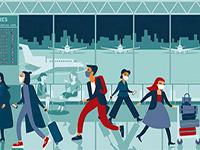 A word of caution!
For residents and visitors of the Costa del Sol alike.
Could we get rid of coronavirus without a vaccine?

FAECAL TESTING FOR THE DETECTION OF COLORECTAL CANCER