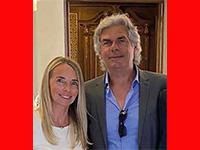 Having Prince Albert of Monaco contracted and recovered from the corona virus very early at the start of the world epidemic, he made sure that his government explored, adopted and enforced the maximum possible precautions as advised by scientists.

Businesses everywhere were then presented with 3 obligations, namely how to satisfy the demand for existing clients, how to safeguard their own companies with a  reduced activity level and how to protect the most exposed employees, namely the technicians-installers on building sites.

Mr Olivier SORI, the president and director of the SORI Company, in association with his sister Caroline, manage this aluminium joinery company established for over 3 generations in the South of France and this is when it came to Olivier’s mind the idea to fit his commercial vehicles with a device that satisfied the hygienic necessities on  building sites.

After due deliberations, Olivier SORI instructed his floor shop to create from his design an item that resulted in the first mobile hygienic apparatus. Just only 24 hours  later, all their sites vehicles were fitted with the first prototypes on their rear doors carrying a 5 litres jerry can of water, liquid soap, and hand towels. Through the daily  use of this product, the technicians became passionate with the product and showed interest even beyond the Covid-19 constraints.

This is when, several questions arose. As the employees of SORI unanimously adopted this tool, could other companies also be interested? And if so, how to develop a  complete health and safety solution for itinerant and site staff and especially how to market it? With this in mind, Olivier created a more mature and industrial version  of the product that has resulted in the “HYGIMOB” of today.

At this point, Olivier approached Mr Gilles DARELLIS, a long-time friend and expert at developing and managing commercial networks, and suggested he should join him in the commercial and technical development of this product. “HYGIMOB” was the first name that came to GILLES’s mind when producing the first commercial documentation The brand is created and the adventure begins for the two partners…! In June 2020 the company SDTECH “Société de Développement Techniques” is founded and the first HYGIMOBs are produced in series from a factory based in the south of France.

The first distributors are now contracted, and with the unanimous support for the product, sales have now developed in the French market which is showing a growing  interest.

Simultaneously Olivier SORI presented the product to two of his Monegasque friends, Mrs. Corinne LEWIN and Mr. David ROUX. They were won over by the idea,  especially Corinne, a proud defender of Monaco and what it stands for, who saw the benefits of introducing this product to complement the measures taken by the Principate and SOWIN, their company, became the exclusive distributor in Monaco.

They decided to name the product for MONACO “KleanFree” and to colour the product in red and white like the Monaco flag. In fact the gadget can be supplied in any  company colour as desired.

The product is now launched, what now remains is to convey the idea and switch to long-distance running mode. Product developments and the creation of a full range  are already under development. Always moving on and in reflection, this is the leitmotif of the two founders, OLIVIER and GILLES. 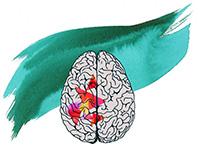 A Stroke is when the blood supply to the brain is decreased or blocked.
A person experiencing aÂ strokeÂ needs immediate medical attention.
A quality egg is essential to produce a healthy baby - (By M. Jose Figueroa Garcia Laboratory Director. Embryologist)

Get rid of Corona Virus!

CORONAVIRUS Are we over exaggerating the peril?

How to preserve your ability to give birth