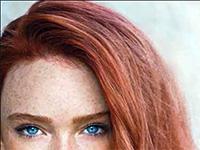 Only 2% of the worldÂ’s population has red hair, and it would seem that their physiognomy makes them different in some ways.

Due to the low percentage, the chances of meeting someone with red hair is very small, but the probability increases substantially when visiting certain countries in the world as for example Iceland, Ireland or United Kingdom, where between 5 and 15% of the population are redheads.

The special feature has made them subject to various studies with the result that several peculiarities have been identified.

Diabetes and arthritis: One such peculiarity is that they do not need as much vitamin D as other humans. Because of the colour of their hair and the very white skin tone they can create their own vitamin D in less time than other people with different coloured hair. This particular difference is what helps them to avoid health problems like diabetes or arthritis.

No Pain: Redhead females can withstand pain better. According to a study by McGill University in 2003, they are able to do 25% better than others and, according to
the University of Louisville, should they need to be sedated , it requires more of a dose to achieve it (at least 20% more).

Internal thermometer: The same university discovered that all redheads can detect temperatures before other beings. According to a study conducted in 2005, they have a gene called MC1R that would activate the human temperature detector at one end that would allow them to be very sensitive to any changes between cold and heat.

They smell better: Due to a greater levels of acidity in the skin’s surface, redheads evaporate their scent at a higher and more fragrant potency.

Red is a difficult colour to fake: Red hair colouring is almost always easy to spot. This is because red is a more intense hue and the bolder the colour, the faster it fades. 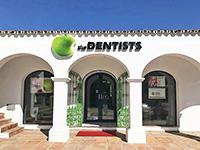 CHILLIES THE KEY TO LONGER LIFE