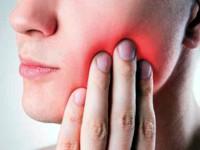 Did you know that gum disease is the major cause of tooth loss in patients over 40 years old? The progression of the disease is slow, and you may be unaware of its onset until it is too late. Â– Article provided by Dr. Anders Friman of the Dentist in Sotogrande.

Your mouth is full of bacteria, some are harmless, but some coat the teeth and become plaque. Left alone, plaque hardens and becomes tartar. Tartar not only looks unsightly, but contains toxins released by the bacteria and these are the toxins that attack
the gums.

The first stage of gum disease is known as gingivitis. During this stage the gums become red, swollen and sore, and may bleed
when brushing.

In the second stage, known as PERIODONTITIS, the gums become redder, more swollen, very tender, bleed all the time when brushing and begin to recede. As the gums recede, pockets begin to form between the tooth and the gum, creating a
perfect nesting place for more bacteria to enter, settle and muliply. This leads to bigger pockets, and a larger portion of the tooth becomes exposed.

Eventually the tooth will get weaker and unsupported, leaving no alternative other than to extract it.

Looking after your gums is so easy. Simple and regular oral hygiene, such as brushing and flossing daily, combined with dental
check-ups every 6 months will not only keep your gums healthy but will stop, even reverse any gum disease that has already started.

So give yourself something to smile about, take care of your gums, and visit your dentist regularly. 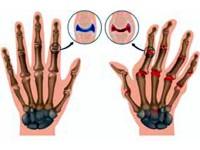 STOP THE PAIN - No Drugs, No surgery, No tiring exercises.
Do you suffer from Arthritis, Osteoarthritis, Sciatica, Whiplash, Fibromyalgia, Sports Injuries, Lumbar pain and other similar pains?
The Pharmaceutical Mafia