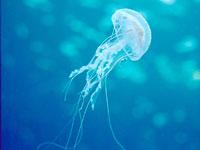 Summertime can bring a common danger to the Mediterranean; jellyfish (medusas). They tend to occur in swarms and so are easily visible and, in theory, avoided.

A combination of factors determines the concentrations of jellyfish in a given year. A warm and dry winter and spring inland will normally lead to a high build-up of jellyfish at sea. This seemingly unconnected chain of events is because the cold, less salty water of the coast acts as a barrier to jellyfish. They normally live between 20 and 40 miles from the coast where the water is warmer and saltier. However, when rain-fed freshwater river input is lower, salinity increases, allowing the jellies in.

Other factors include winds and sea currents. Jellyfish just drift in the currents like buoys. Hot summer weather certainly also brings them in, which also attracts us in our millions, therefore sting numbers increase dramatically. Jellyfish can also swarm in the winter but nobody notices.

Given the importance of beaches to the Spanish economy, jellyfish swarms are regularly reported in the local press in summer. Despite these warnings, hundreds of people are stung every day up and down the Spanish Mediterranean, 11,571 people were attended by health authorities last year in Valencia alone.

Probably the commonest jellyfish in the Spanish Mediterranean is a nasty little one called the Sea Nettle or Mauve Stinger (medusa luminiscente' Pelagia noctiluca). Its swarms can lead to beaches being closed.

Also beware of the Compass jellyfish (Chrysaora hysoscella), identified by a ring of brown dots around a white saucer-shaped body, as it gives a potent sting which can produce extremely painful, long lasting weals.

More worryingly, this year, dozens of Portuguese Man-o-war (Carabela portuguesa - Physalia physalis) were detected off the Asturian coast among swarms of harmless Velella Velella. The purple Man-o-war is not a true jellyfish, but a colony of hydrozoan polyps. It can, in extreme cases, provoke a cardiac arrest and death in particularly sensitive persons.

If you like to swim regularly in the sea it is a wise precaution to keep an eye on the local press and to avoid the beaches if swarms are reported in your area.

For more information on the dangers of jellyfish stings visit www.surfersvillage.com 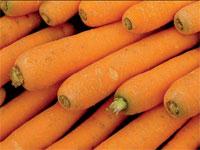