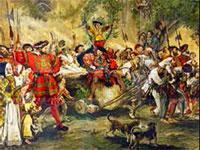 What have been the most expensive Christmases ever? It is difficult to know, but it would seem that those of Henry VIII would be good candidates to win that title.

According to documents kept in the National Archive, Henry VIII spent all annual taxes to celebrate 1509, his first year of reign, and the current equivalent of sixteen  million pounds in his first year on the throne.

What did he spend it on? Mainly on sumptuous banquets. The celebrations lasted twelve days, reaching the climax on Three Kings Day.

Macerated wild boar meat and roasted swan were served at the Christmas banquet. Lunch culminated in the performance of a choir, which cost the equivalent of six  hundred pounds today. But, in addition, he added expenses such as the 41,000 pounds for various jewels and two thousand pounds to the blind poet of the court  Bernard André.

The king, on the other hand, also received gifts. Cardinal Wolsey, for example, presented him with a gold cup worth the equivalent of 30,000 pounds today. It was  Henry VIII who, in later years, established the custom of turkey as the Christmas food menu. 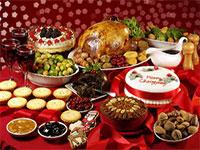 Controlling your weight at Christmas
In 2015, 603.7 million adults globally were estimated to be obese, with more than 70 countries showing a doubling in prevalence of obesity since 1980.
What lies beyond MEAT?