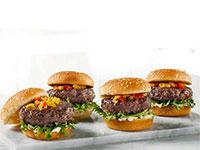 What lies beyond MEAT?

I make a point of including vegetation because even plants derive their sustenance from other organisms, live or dead in the ground, or even live insects that may land  on them.

Some animals, like camels or cows, are purely herbivores, but ever since the beginning of time the human race has had to make do with what it could find, thus  becoming omnivore; eating meat like carnivores and eating plants and roots like herbivores. Some even turned to cannibalism.

Eating a good steak has always been the ideal meal for most, and it still is for many, however with the passing of time and the incredible advancement in  communication, we have come to understand that animals are living creatures like ourselves, creatures that can show feelings, that show suffering and even become  inseparable friends with individual human beings. We now know that animals can think and in some ways plants too.

Some methods of killing animals for religious reasons and storing live-stock animals for fresh meat in less than poor conditions have become so repulsive that some of  us have become complete vegetarians. The thought of consuming a creature that may even have suffered to be in our plate become repulsive.

But greens are a poor substitute to the carnivore’s palate. Ethan Brown, having seen the need to satisfy the carnivore palate, in 2009 founded BEYOND MEAT in Los Angeles. A company producing products to simulate chicken, beef and pork sausage. At Beyond Meat, they believe there is a better way to feed the planet and their  mission is to create delicious plant-based burgers, sausages, crumbles, and more, all made directly from  simple plant-based ingredients.

They state that by shifting from animal, to plant-based meat, they are creating one  savoury solution that solves four growing issues attributed to livestock production:   human health, climate change, constraints on natural resources and animal welfare.

Meat is made up of five building blocks:  protein, fat, trace minerals, carbohydrates, and water. Beyond Meat find these same building blocks in the plant kingdom to rebuild meat from the ground up without sacrificing on taste or texture. They say that building meat without the animal requires fewer resources, making it a much  more efficient and sustainable process.

The other argument is that Toronto-based registered dietitian Rosie Schwartz said the Beyond Burger is highly processed, and may not necessarily be healthier than a small, portion-controlled, lean piece of meat. (CBC) The Beyond Burger contains close to 20 ingredients, including refined coconut oil, pea protein isolate and  flavouring.

Schwartz says that qualifies it as a highly processed food, something that we are advised to limit in our diet, along with processed and fatty meat. “When Health  Canada says we should be choosing more plant-based protein alternatives, I believe they’re talking about whole foods. They’re not talking about ultra-processed foods,” said Schwartz.

In my opinion you cannot substitute a nice meat, we have always been “Hunters”, “Fishermen”’ and crop growers and I cannot see how we can change our nature by  substituting with “something like”.

Having said this, perhaps we ought to  be more conscious of the damage we are causing to our live-stock animals, our environment and even our health especially  when it has become known that vegetarians get less cancer’.

The moral of the story why substitute vegetables with another concoction to look like meat? Vegetable or meat just eat the real thing. 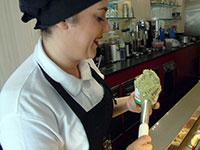 La Italiana - A corner of Italy in Estepona
THE -GELATO- IS MADE ON THE PREMISES FRESH EVERY DAY AND YOU HAVE A MASSIVE CHOICE OF OVER 40 DIFFERENT FLAVOURS.
Understanding the Italian Coffee culture