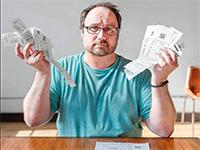 Why is it that some people do not pay their bills?

With the wisdom and experience acquired in my advanced age I find that nothing can dampen your enthusiasm more than not getting paid for the work done or supplied.

On the one hand it makes you angry and on the other it can make you feel depressed, especially you cannot pay your own bills because of it. I have come to the conclusion that there are just two main reasons why people do not pay their bills:

1) They just Cannot Pay Their Bills.
For some reason, usually outside of their control, they cannot afford to pay an account or their bills.
Loss of a job/redundancy: Losing one’s job or being made redundant, is one major reason people find themselves suddenly unable to afford to repay their debts and monthly bills.
Medical Issues: Not being able to work due to illness is once again out of your control. When you want to pay your bills and you cannot due to not having the money, it creates a double stressful situation.
Bad Cash Flow Planning: Lack of reserve capital to face unexpected eventualities in business, forcing suppliers to involuntarily provide a shortfall or lack of bank support.

2) They Just Do Not Want To Pay Their Bills.
There are times when people just don’t want to pay their bills, and while it can fall under not being able to pay the bills, there is a conscious decision being made not to pay them.
Substance Abuse: If someone has an alcohol or drug addiction, paying their bills is one of the last things on their minds. Fortunately once they stops paying their bills, their credit gets trashed can no longer get credit, loans or accounts.
Kindness Abusers: The downside is that some people live a perfectly good and normal life, and then go off the rails, and choose to stop making payments.
Sociopaths: Oddly enough, there are those people that feel society’s conventions are not meant for them. They are sociopathic in how they live their lives.

Not paying bills means giving reasons and making excuses. Some of these reasons are like the “dog ate my homework” excuse that a child may give.
The cheque is in the post: pretending the payment or bank transfer has gone astray.
Fear of a low balance: Not paying a bill for not wanting to see the bank account balance drop.
New bank account: “I have opened a new bank account and have not transferred my direct debits over yet”.
Issues with prioritising: There are those people that struggle in deciding what bill is to be paid first and what is further down the billchain.
December – January: Some people do not pay their bills in December so they can have a good Christmas, before tackling the bills in January. Not a good excuse.

It should be noted that unless someone falls into category 2, and just does not want to pay bills, the majority of lenders and creditors are willing to help those who believably want to honour their commitments. 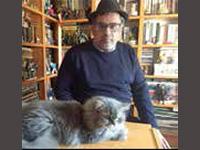