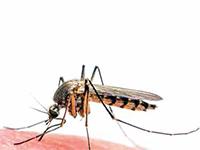 Which is the deadliest animal on the planet?

From an article on Bill Gateâs notes, we have extracted the following surprising information. It should be noted that most animal deaths have less to do with animals themselves than with the diseases they transmit.

Among animals linked to human deaths, they are responsible for causing most of them. Neither the largest predators were so lethal, nor did the smaller species end up being harmless.

15. Sharks: cause on average 6 deaths a year shark attacks aren't that common. In 2014, there were only three deaths worldwide.

14. Wolves: 10 deaths a year Wolf attacks rarely occur, even in many parts of the world where these animals live.

12. Elephants: 500 deaths a year. A 2005 National Geographic article indicated that 500 people a year die in elephant attacks. However, many more elephants have been killed by humans.

11. Hippopotamuses: 500 deaths a year. Hippos have long been considered the deadliest animals in Africa. They are very aggressive towards humans, even flipping boats to attack them.

10. Worms: 700 deaths a year. When it comes to parasites, tapeworm or solitary is responsible for a disease called cysticercosis, which kills about 700 people a year.

9. Crocodiles: 1,000 deaths a year According to the United Nations, crocodiles are now considered the large animals responsible for the majority of human deaths in  Africa.

8. Ascaris suum (roundworm): 4,500 deaths a year It is a parasitic nematode that causes an infection called ascariasis that kills about 4,500 people a year, according to  2013 study. This disease affects more children than adults.

7. Tsetse flies: 10,000 deaths per year It transmits a parasitic infection that can initially cause headaches, fever, joint pain and itching, but can then lead to some serious neurological problems.

6. Triatoma infestans: 12,000 deaths per year They are also known as killer insects, and are responsible for transmitting Chagas disease, which kills about 12,000  people a year on average.

5. Freshwater snails: 20,000 deaths a year The freshwater snail carries parasitic worms that infect people with schistosomiasis. This parasitic disease can cause severe  abdominal pain and blood in the stool or urine, depending on the affected area.

4. Dogs: 35,000 deaths a year Dogs infected with the rabies virus, are one of the deadliest animals although the virus can be prevented with vaccines.

2. Humans: 437,000 deaths a year According to the United Nations Office, approximately 437,000 homicides were presented in 2012, making humans the second most dangerous animal.

1. Mosquitoes: 750,000 deaths a year Mosquitoes suck blood and transmit viruses from person to person, they are responsible for most animal-related deaths. 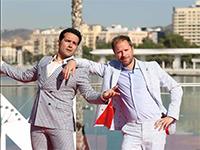 WHAT SCREAMS "I'm upper class" in Spain?
Spain like the UK, is a very classist country. However the relationship between classes is extremely different. The perceived social class has little or nothing to do with income..
Black Lives Matter! (TRENDENCIAS)