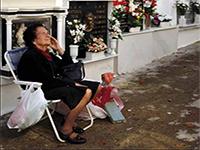 Like most things in Spain, even Halloween is borrowed from overseas and transformed into something of their own, not to mention that each region puts its personal stamp on it.

It doesn’t have the pomp and hype as in the US, but rather a traditional feel which sets it apart from most European countries. Better known as El Dia de los Muertos (Day of the Dead or All Souls Day), Halloween in Spain is a three-day celebration that kicks off on October 31st with Dia de las Brujas (Day of the Witches), continues  with Dia de Todos los Santos (All Saints Day) on November 1st, and culminates with Dia de los Muertos on November 2nd.

Far from being a commercial holiday, the Spanish Halloween is all about honouring the dead and celebrating the continuity of life. Accordingly, specific customs and  rituals can be observed throughout the country, most of them similar to those in Mexico and other Spanish-speaking nations.

For instance, during the Dia de Todos los Santos, which is a public holiday, many families tend to gather at the grave of their deceased relatives with holy water,  flowers, food, and drink in order to rejoice and socialize. In northern Spain, locals celebrate All Souls Day with some traditional pastries called Huesos de Santo (Bones of the Saint), which they bring to the graves of loved  ones along with flowers.

Unlike the US, where Halloween costumes are inspired by books, TV shows, and pop culture, people in Spain dress up in all kinds of spooky characters, from ghosts and werewolves to zombies.

Halloween in Málaga
If the year’s most terrifying night finds you in Malaga, don’t hesitate to visit the gorgeously decorated cemeteries. Unfortunately, the city’s infamous Zombie March is  long gone, but that doesn’t mean you can’t still enjoy the city’s other frightening celebrations. For example, both the English Cemetery and the Botanical Garden  organize themed events, and there’s also a Halloween fair called Pechá Zombies Party in the port.

Halloween in Cadiz
Although not actually a Halloween celebration, Fiesta de To Santos is a weird and original festival celebrated on October 31st in Cadiz. Also known as Fiesta de los  Mercados, this event full of humour and satire consists of various concerts and street performances held throughout the city. The highlight, however, is the decoration  of the market stalls. Vendors use their merchandise (fruits, vegetables, meat, or fish) to create elaborate displays that depict scenes and characters from the latest  financial, political, or social scandals. 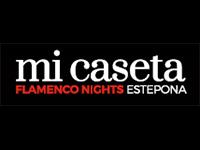 The best Flameco Nights in Andalucia
The best Flamenco show on the Costa del Sol. Every Friday night in Estepona in its own Caseta on the fair ground. An excellent representation of an Andalusian tradition that cannot be missed!
How to find your partner at a Halloween party