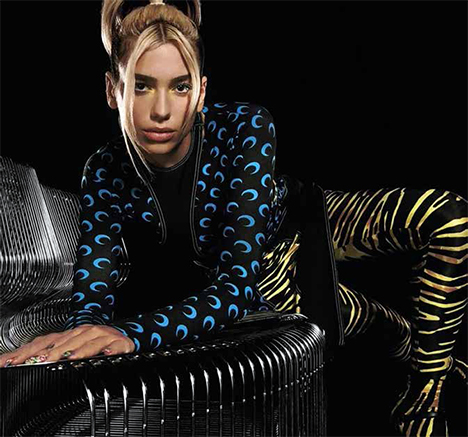 In 2020, Billboard honoured Lipa with the Powerhouse Award, awarded to the act whose music dominated in their respective year through streaming, sales, and radio. In 2021, Lipa was included on Time's 100 Next list about the future 100 most influential people in the world.

in 2013, Lipa signed a contract with Tap Management, directed by Ben Mawson and Ed Millett, while working as a waitress in a cocktail bar. Lipa was introduced to Mawson by her lawyer, who discouraged her from signing another publishing deal that was offered to her. Subsequently, they offered her a monthly salary to leave her job and focus on recording music. During one of the sessions, Lipa co-wrote the song "Hotter than Hell" which would eventually lead to her signing a record deal with Warner Bros. Records in 2014.

In January 2019, Lipa released the single "Swan Song" as part of the soundtrack to the 2019 film Alita: Battle Angel.That same month, Lipa stated that she had been spending the preceding year in the writing process for her second studio album.