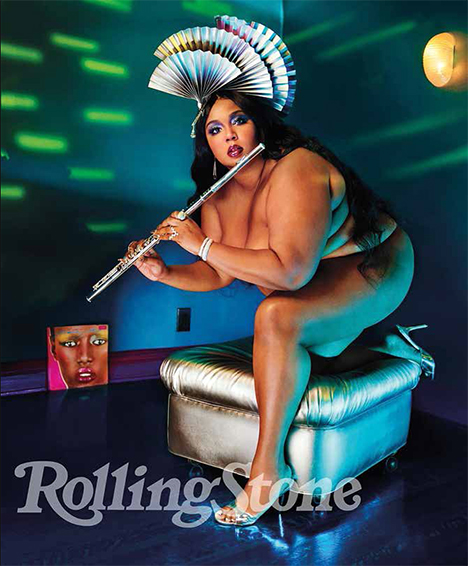 Melissa Viviane Jefferson (born April 27, 1988), known professionally as Lizzo, is an American singer, rapper, songwriter, and flutist.Born in Detroit, Michigan, she moved to Houston, Texas, where she began performing, before moving to Minneapolis, where she began her recording career. Before signing with Nice Life and Atlantic Records, Lizzo released two studio albums—Lizzobangers (2013), and Big Grrrl Small World (2015). Lizzo’s first major-label EP, Coconut Oil, was released in 2016.

Aside from singing and rapping, Lizzo also takes up acting roles: she served as a voice performer in the animated film UglyDolls (2019) and appeared in the crime comedy-drama film Hustlers (2019). In 2019, Time named Lizzo as “Entertainer of the Year” for her meteoric rise and contribution to music. In addition to her three Grammy Awards, she has also won a Billboard Music Award, a BET Award and two Soul Train Music Awards.

In September 2014, Lizzo was featured alongside her Chalice bandmates Sophia Eris and Claire de Lune on the song “BoyTrouble” on Prince’s and 3rdEyeGirl’s album
Plectrumelectrum. On working with Prince, Lizzo says the experience was “surreal... almost like a fairytale” and that it was “something I will never actually get over.”On October 7, 2014, Lizzo appeared as the musical guest on the Late Show with David Letterman.