Sheeran has sold more than 150 million records worldwide, making him one of the worldâs best-selling music artists. 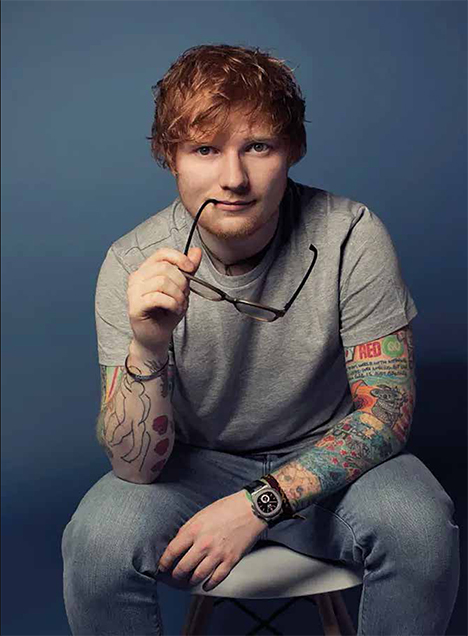 He has 84.5 million RIAA-certified units in the US, and two of his albums are in the list of the best-selling albums in UK chart history: x at number 20, and ÷ at number 34. In December 2019, the Official Charts Company named him artist of the decade, with the most combined success in the UK album and singles charts in the 2010s. Globally, Spotify named him the second most streamed artist of the decade On 13 January, “Shape of You” and “Castle on the Hill” entered the UK Singles Chart at number one and number two, the first time in history an artist has taken the top two UK chart positions with new songs. The same day he also became the first artist to debut at number one and number two on the German Single Charts.

On 10 May 2019, Sheeran released the single “I Don’t Care”, a duet with Justin Bieber, from his fourth studio album No.6 Collaborations Project. On Spotify, “I Don’t Care” debuted with 10.977 million daily global streams, breaking the platform’s single-day streaming record.

Tones & I
In 2009, as Toni Watson, she created a YouTube page and posted a cappella cover versions. She performed local gigs and festivals, including the Let Go festival.
Jarad Anthony Higgins