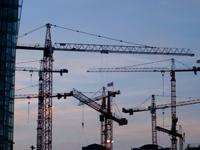 Spain to buy land to protect the coast

The Spanish government has recently agreed plans to buy ecologically sensitive land to protect the Costa del Sol from urbanization frenzy. This is the first time such a measure has been taken. Since the 60s local politicians have been rolling out the red carpet to developers, so is it just too little, too late?

Local politicians depend on building permit fees, as a huge source of revenue and encourage foreign buyers to pay over the odds for poor quality, badly built properties.

For years now concerns over the endless tide of unsightly new buildings, being thrown up, all along the coast, has had many environmental groups pushing for the Spanish government to move to protect the decreasing shoreline. This latest move can therefore only be welcomed, however like King Canute; will Spain fail to push back the tide?

As of 2003 1.7 million Spanish homes were owned by foreigners, with the lion's share being British owned  and with property prices in the municipality of Malaga set to rise, on average, 13%-20% by the end of 2005, people will still see Spain as an investment paradise.

Where its true that the popularity of Spain with the British has under gone some slight cooling off in recent years, the British love affair with Spain has always been an affectionate relationship. The latest trend of bargain hunting towards northern Europe by foreign property investors, hasnt hit Spain as hard as we are sometimes led to believe.

Double bluff
By pleading that a slump in the housing market is lurking around every corner, any estate agent worth his salt can convincingly pursue potential buyers with the importance of snapping up those properties for sale with thousands of Euros knocked off the original asking price by panicky vendors.

New housing continues to go up at a rate of knots
One Spanish owned construction company alone has over 11.000 properties still under construction on the Costa del Sol. Urbanization now grabs somewhere in the region of 59% of the Andalusian coastline with even higher concentrations in resort towns like Malaga and Marbella. Some ecologists are saying that the proposed land purchases are an insufficient remedy; besides foreign investment the Spanish are now putting their money into bricks and mortar , this has opened up a whole new previously untapped market.

Under the plan
The government would also restore dunes and create maritime walkways to act as a barrier to speculation. The budget for the proposed scheme is thought to be somewhere in the region of 150.million euros.

Is it enough? One environmental agency has claimed that somewhere in the region of 44.000 houses and flats have been constructed illegally in recent years, with Marbella being the site of 20.000 of those. It would appear therefore, that Marbellas town hall has been turning a blind eye to illegal development for some time.

This much needed plan to control building on the Costa del Sol, is finally being drawn up 20 years after it was first called for. Some things it will be too late to fix, but as with everything in Spain: "better late than never!"

Britons still prefer Spain as a location to buy their second home.