How to avoid a climate disater - By Bill Gates

The founder of Microsoft, currently the third richest person in the world, has published a book that aspires to be the guide o curbing climate change. âLetâs get started,â he encourages in his prologue. 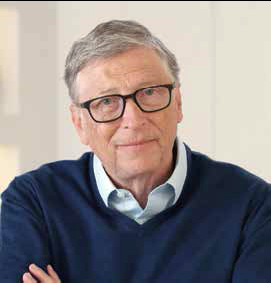 From the BBC to Xinhua, the official news agency of the government of the People’s Republic of China, and the largest and most influential in China, the world’s major media have opened their microphones to pick up the words of Bill Gates about his new book :  “How to avoid a climate disaster”. Bill Gates encourages everyone to fight: “I included, everyone can contribute help.” INVEST MONEY IN CLEAN ENERGY NERATING COMPANIES His Breakthrough Energy organization ill invest in great thinkers and  cuttingedge echnologies and businesses, as well as advocate for public and private sector policies that accelerate the transition to clean energy. “Over the next several weeks and months, they will turn the ideas in my book into ction and try to turn this plan  into reality”, explains Bill Gates.

WHY ON CLIMATE CHANGE:
Bill Gates explains:“In the early 2000s, when our foundation had just come into being, I started traveling to low-income countries in Sub-Saharan Africa and South Asia to learn more about infant mortality, HIV, and other big issues where we were working. But my mind was not always on illnesses. I flew to the major cities, looked out the airplane window and thought: why is it so dark out there? Where are all the lights that you would see if it were New York, Paris or Beijing? I learned that around 1 billion people did  not have access to electricity and that half of them lived in sub-Saharan Africa. (The picture has improved somewhat since then; today, approximately 860 million people are without electricity.) I started thinking about how the world could make energy affordable for the poorest. It didn’t make sense for our foundation to take care of this big problem,  but I started brainstorming ideas with some inventor friends.

In late 2006 I met with two former Microsoft colleagues who were starting non-profits focused n energy and climate. They brought with them two climate scientists  who were well versed on the topics, and all four of them showed me data connecting greenhouse gas emissions to climate change. He knew that greenhouse gases were causing the temperature to rise, but had ssumed that there were cyclical variations or other factors that would naturally prevent a true climate disaster. And it  as hard to accept that as long as humans continued to emit any mount of greenhouse gases, temperatures would continue to rise.

So I thought that the world needs to provide ore energy so that the poorest can prosper, but we have to provide that energy without releasing more greenhouse gases.
Now the problem is even more difficult, in    addition to cheap, it also had to be clean. In a few years, I was convinced of three things:

• To avoid a climate disaster, we have to reach zero greenhouse gas emissions.
• We need to implement the tools we already have, like solar and wind power, faster and smarter.
• And we need to create and deploy innovative technologies that can take us the rest of the way.

The zero emissions target must be rock solid. Setting a goal that only involves reducing emissions, but not eliminating them, will not
change anything. The only sensible goal is zero emissions.

A CALL TO SCIENTISTS, GOVERNMENTS, AND PEOPLE
The book puts on paper the obvious: the essential task of governments to reform the world towards a cleaner future. It also reinforces the need for science from all disciplines: physics, chemistry, biology, engineering, political science, economics, finance, and more."

WHAT YOU CAN DO TO COMBAT CLIMATE CHANGE IN THE WORDS OF BILL GATES
Finally, the book proposes initiatives for citizens. “Thanks to activists around the world, we don’t need to generate demand: millions of people are already calling for  action” says Gates. His book encourages you to make calls, write letters, assist town halls demanding improvements.

Actively participate in local politics and, as consumers: “For example, if you can afford to install a smart  thermostat to reduce energy consumption when you are not at home, please do so by all means. You will reduce your bill and your greenhouse gas emissions.

When  you choose an electric car or veggie burger, you’re saying, If there’s a market that offers climate-responsible products, I’ll buy them. If enough people send the same  signal, companies will respond, fairly quickly, in my experience. They will spend more money and time making low-emission products, which will lower the prices of those products that will be manufactured in large quantities. It will make investors more confident in financing start-ups that are making progress that will help us  reach the zero emissions target.” 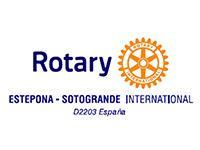