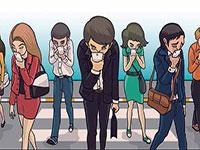 Smartphones Dumb You Down

Did you know the smartphone affects your brain power, literally?

This is a good one. Researchers at the University of Texas at Austin found that the presence of your mobile phone in the room with you is all it takes to crater your overall brain power. This means you are being dumbed down in real time.

They conducted experiments with nearly 800 people and found that smartphones affect two forms of cognition: working memory capacity (the ability to remember shortterm information, among other things) and fluid intelligence (the ability to reason and solve novel problems). Both were dependent on the location of the phone itself. You are maximally dumbed down when your phone is out, whether turned on or off. You are dumbed down slightly less if your phone is in a pocket or purse but dumbed down nevertheless. And you are the smartest when your phone is in another room or inaccessible. So this entire discovery brings up a fascinating negotiating strategy. If you have
a sales meeting, for example, get the target to put their phone on the desk so they can see it. They will be weakened by its presence in real time.

You might note a couple of items explored in the study might be worth discussing with a sales client. My favourite part is that some people experience phantom vibration syndrome, the feeling that their phone is vibrating even though it is not. Most people I've talked to have them. If they do, it could give you a confidence boost with your sales
pitch knowing you have a real chance of success.

This line of inquiry is going to be the tip of the iceberg regarding the day-to-day effects and consequences of these nearly ubiquitous devices. Hopefully more researchers will get on board and take a closer look at these society-changing devices. Apparently, they change more than society. They change people, too. 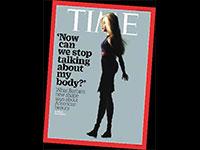