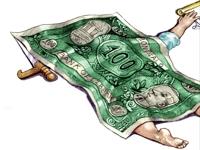 The rich get richer and the poor get poorer.

They say that the crisis in Europe is over, but is it? LetÂ’s take Spain as an example, because the problem in one way or another is quite similar all over. ( S.Polinares)

The wealth of the one hundred richest Spanish families grew by some 9.2% in the course of the past year, accumulating more than 164,424 Euro millions, equivalent to 15.6% of GDP. In the same period of 13 million people in 2014 had to live at below poverty level with an income of less than 8,000 Euros, equivalent to 700 Euros a month.

While the wealth of the rich continues growing with little or no effort, the number of poor at the other end of the scale also keeps growing. They say SpainÂ’s economy is growing and that the end of the crisis has been reached, quite true, unfortunately as the economy improves so does the inequality.

Some say that the level of taxation in Spain is the cause of this inequality. There is no denying that the level of tax and even social security contribution needs to be adjusted. As an example, it seems unreasonable that an individual wanting to be self employed should have to contribute some Â€300 of social security per month before earning a single penny. It is an abnormality that needs correcting and brought to level with income as there is a number of other tax abnormalities, also in the working of the system, that discourage people from working.

Well, why work or work more when itÂ’s taken away by the powers above? With the result that workers are content to limit their income to the level they need to survive. It is human nature and for this reason a strain is placed on social benefits, especially in countries where the reward for not working, single mothers etc. become more attractive than working.

Cutting down on government spending to make up for the growing demand on social services and education is a short sighted solution that creates even further inequalities.

So how is it possible that the economy keeps improving and unemployment growing? Is it conceivable we are overlooking the amount of immigrants many of which are actually working illegally for little money? Of course the rich employer gets richer when preferring to give work to immigrants at a lower rate and tax free! It is human nature at the other end of the scale.

I really do not understand what is happening to the understanding of the laws of nature and more importantly the laws of economics. It makes me wonder about the intellectual level of politicians all over Europe and their level of schooling.

We have made such a spectacle of our economy that the number of migrants and refugees entering Europe by sea last October was roughly the same as that for the whole of 2014, according to UNHCR & Reuters, and such numbers are expected to continue. I cannot deny that many are running away from the atrocities taking place in their countries but letÂ’s not overlook the fact that they cannot resist the temptation of moving into countries that offer labour, however cheap, and social assistance. Naturally those countries that have shown the most of these two, yes, benefits become the greater targets, mainly UK and Germany, but when it comes to it Â– anywhere in Europe will do.

Sure, it is difficult to refuse help to refugees, most of them have lost children and members of their family and their homes because of the atrocities they suffered, but then we must remember what I was told about trying to save a drowning person who can drag you down and drown you through fear & panic.

It is all very well to say we must take so many and share them throughout all European countries, but quite frankly this is where we now have to start considering very seriously the impact on Europe as a whole and start reading and learning from some books on economics and human nature.

What is most important, that seems to have been also forgotten, is the law of diminishing returns. For example, take a factory with X number of workers to make its product, while all other factors remain the same, as the labour force increases, at some point each additional worker will be producing less and less output than before. That is less returns for the money invested, lower efficiency, overall lower production and overcrowding.

The additional roblems also omes with the eed to deal with n increased rime rate, the isparity in levels f culture that reates racial
extremism, the esentment of the existing population not inding work at any price and the infiltration f terrorists pretending to be refugees; not orgetting that when admitted in the country hey will reproduce. Hundreds of pro-Assad ilitiamen reporting to the Syrian regime are elieved to be mixing with asylum seekers.

Several thousand refugees and migrants ave perished while trying to find safety in urope so what is the answer? Allowing some of them to stay does not solve the problem, it is just a drop in the ocean. In my view I believe it may well be more expedient to
accommodate them only temporarily and take whatever steps are necessary to make their own homes safe again and send them
all back. I do not have a calculator at hand but I think this may well work out a lot cheaper, more humanitarian and better for
all concerned in the long run. 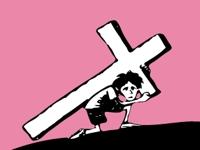 Do as I say and not as I do
I believe that one of the greatest problems in todayÂ’s society is hypocrisy. Why canÂ´t everyone just be honest and put right so many wrongs?
BODY LANGUAGE- ЯЗЫК ТЕЛА - Lenguage corporal