Obesity among primary school leavers to hit 40% by 2024. Almost four in ten children leaving primary school in 2024 will be clinically obese or overweight, according to a new report from Public Health England. Experts predict that 38.1% of 11-year-olds will be an unhealthy weight in five years’ time, compared with 34.3% at present. Current data shows that children from poorer areas are more than twice as likely to be overweight as those from more affluent neighbourhoods. The Independent

Consumers spend more money on credit cards than on cash. Debit card spending overtook cash back in 2016, but this is the first-time credit card spending has done so too, according to the British Retail Consortium. In fact, cash is now only used in 20% of spending, with plastic making up almost all of the remaining 80%. The transition has led retailers to call for a reduction in card and transaction fees last year alone, retailers paid £1.3bn to third-party firms so that they could accept card payments. Yahoo

Making an argument? Keep it simple. When we’re passionate about making a persuasive case to others, many of us opt to pile on the supporting evidence. But when it comes to argumentation, less is often more. When we take an “everything but the kitchen sink” approach to persuasion, our argument often suffers from a “dilution effect”, where stronger evidence mixes with the weak, making everything seem average. To make your case, go for short and sweet. Editor

Young people ‘panic’ without smartphones. Almost a quarter of children and young people are so dependent on their smartphones that they can be said to be suffering an addiction, according to researchers at King’s College London who analysed 41 global studies on the growing problem. Experts say symptoms include feeling “panicky” or “upset” when unable to access the devices. The study authors warn that smartphone addiction can have a “serious” impact on mental health. BBC

Slow walking at 45 ‘a sign of faster ageing’. How fast people walk in their 40s is a sign of how much their brains, as well as their bodies, are ageing, scientists have suggested. Using a simple test of gait speed, researchers were able to measure the ageing process. Not only were slower walkers' bodies ageing more quickly - their faces looked older and they had smaller brains. The international team said the findings were an "amazing surprise". BBC

Any amount of running reduces early death risk. Just a gentle jog each week is enough to cut the risk of dying early, according to new research led by an Australian university that contradicts previous studies. Researchers from Melbourne-based Victoria University collated data from 14 studies covering a total of 230,000 people who were tracked for up to 35 years and found a 27% lower risk of early death from any cause among those who ran compared with those who never did. The Guardian 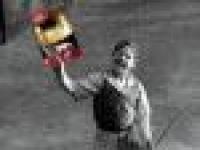 HAPPY NEW YEAR - FELIZ ANO NUEVO
Although we produce a successful publication, this year we shall be increasing our emphasis on internet marketing to better promote our advertisers.
MERRY CHRISTMAS - FELIZ NAVIDAD

The Costa prepares for autumn